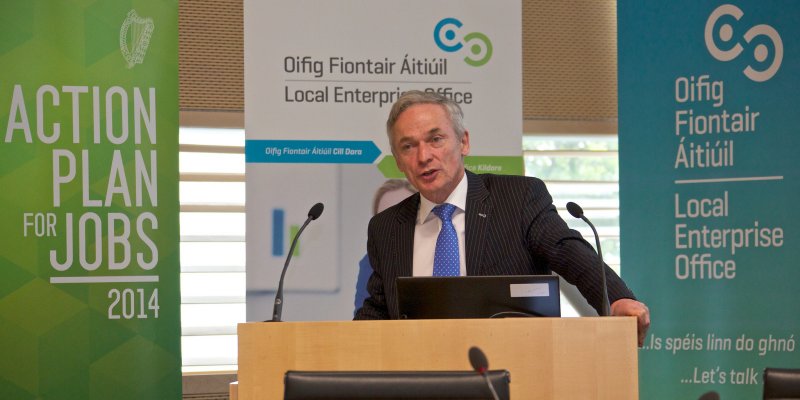 By Conn Ó Muíneacháin on December 18, 2014 in General
0
SHARES
ShareTweet

There are 27,600 extra people at work in Ireland compared to one year ago, according to the Minister for Jobs, Enterprise and Innovation, Richard Bruton TD. The Minister has commended all involved in making 2014 a great year for jobs.

“I wish to pay tribute in particular to the twin heroes of the recovery – first of all entrepreneurs and small business-people, who create two thirds of all new jobs. And secondly workers across the economy, who through their ingenuity and sheer hard work have ensured that we can continue to expand businesses and attract more FDI”.

Minister Bruton also expressed appreciation to the officials in his department and in government agencies who have worked on the Government’s Action Plan for Jobs”.

Among the new supports for job-creation in 2014 are:

Minister Bruton also pointed to a number of competitiveness measures delivered in 2014, including:

The number of Agencies under the remit of Minister Bruton’s Department reduced by 37 over the course of the year, with the abolition of the County Enterprise Boards, the merger of the Competition Authority and the National Consumer Agency, and the integration of Forfás into the Department of Jobs. Further rationalisations will take place early next year with the enactment of the Workplace Relations Bill which merges 5 bodies into 2.

Summarising the gains made in the past year, the Minister pointed to:

“Many people have yet to feel the effects of the jobs recovery that is taking place, and we undoubtedly have a long way to go. Unemployment and emigration, though falling, are still far too high. However with 80,000 jobs added since we launched the Action Plan for Jobs – 27,000 in the past twelve months – we can have confidence that we are on the right track. The challenge now is to continue implementing our plan to get people back to work”.