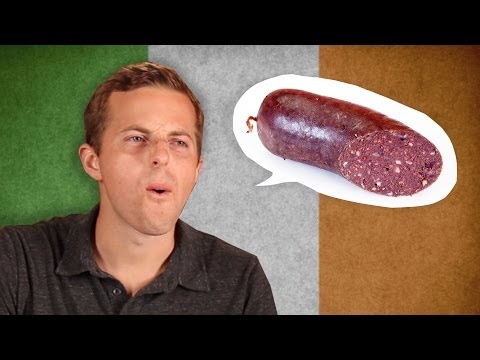 By Conn Ó Muíneacháin on July 12, 2014 in General
0
SHARES
ShareTweet

In the unending quest to entertain the people of the internet, it was only a matter of time before somebody sat down a group of Americans and fed them Mikado biscuits and black pudding. The result is mildly amusing, to be fair, even if it’s not exactly an enlightening cultural exchange.

The decision to give the victims Smokey Bacon flavour Taytos, rather than the iconic Cheese & Onion, is puzzling – and suggests that the research may not be up to scratch. And while black pudding would not really be considered a “snack”, it does look as if the whole video builds up to the punchline that IT’S MADE WITH BLOOD!

Irish Central asks is it offensive?  Umm … no.