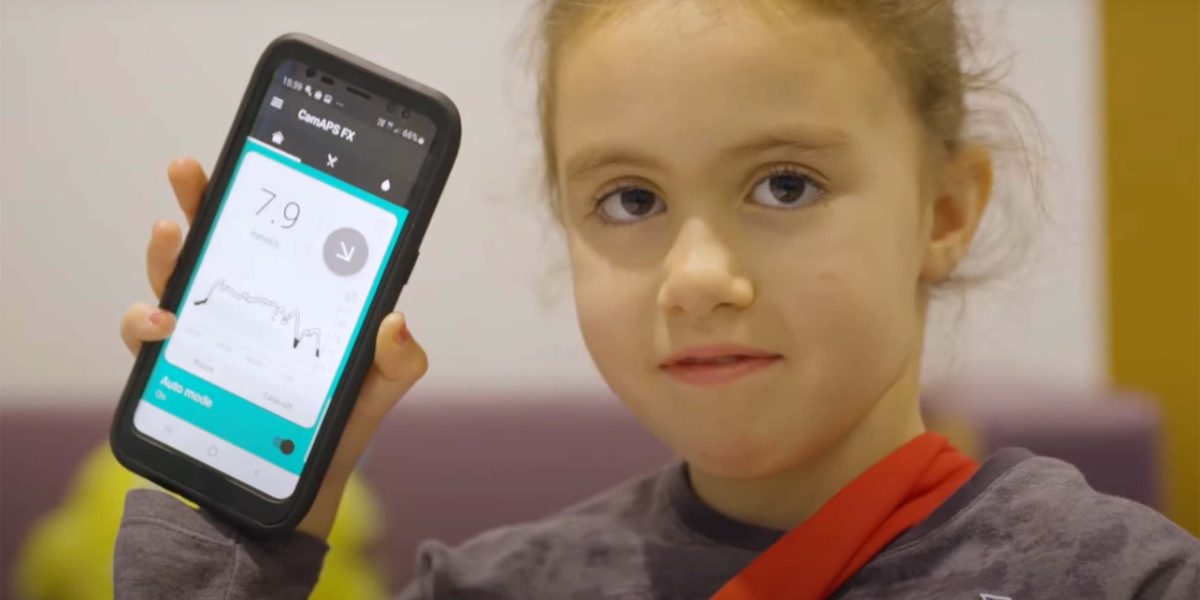 By Jonathan Thomas on January 20, 2022 in Apps, Medicine
0
SHARES
ShareTweet

An artificial pancreas created by the University of Cambridge has proven “life-changing” for very young children with Type 1 diabetes, experts say.

The device is more effective at managing blood sugar levels than current technology and does not require as much input from parents, according to a study published in the New England Journal of Medicine.

The artificial pancreas uses an algorithm to determine the amount of insulin that should be administered by a device worn by the child.

Managing Type 1 diabetes is challenging in very young children owing to variability in the levels of insulin required and how each child responds to treatment, as well as unpredictability around how much they eat and exercise.

Many children currently use devices that continuously monitor glucose levels and deliver insulin via a pump connected to a cannula inserted into the skin.

This sensor-augmented pump therapy requires parents to review their child’s glucose levels using a monitor and then manually adjust the amount of insulin they need.

However, the new technology uses an app (CamAPS FX) which, combined with a glucose monitor and insulin pump, acts as an artificial pancreas, automatically adjusting the amount of insulin it delivers based on predicted or real-time glucose levels.

This creates a “hybrid closed loop system”, which means a parent or carer has to administer insulin at mealtimes, but at all other times the algorithm works by itself.

The app was developed by Professor Roman Hovorka from the Wellcome-Medical Research Council Institute of Metabolic Science at the University of Cambridge.

He said: “CamAPS FX makes predictions about what it thinks is likely to happen next based on past experience.

“It learns how much insulin the child needs per day and how this changes at different times of the day.

Working in seven centres in the UK and Europe, Prof Hovorka and an international team of researchers recruited 74 children with Type 1 diabetes, aged one to seven, to take part in their clinical trial.

This compared the safety and effectiveness of hybrid closed-loop therapy with regular sensor-augmented pump therapy.

All children used the CamAPS FX hybrid closed-loop system for 16 weeks, and then used the regular treatment (sensor-augmented pump therapy) for 16 weeks.

On average, children spent around three-quarters of their day (72%) in the target range for their glucose levels when using CamAPS FX – almost nine percentage points higher than the current technology.

Overall, they spent just over two hours more per day in the target blood sugar range.

The children also spent less than a quarter (23%) of their time with raised blood sugar levels – hyperglycaemia – while using CamAPS FX, almost nine percentage points lower than for the control treatment.

There was no difference between the two groups in the time spent in hypoglycaemia.

This is good news because the higher the HbA1c, the greater the risk of developing complications from diabetes.

“High levels in particular can have potentially lasting consequences to their brain development. On top of that, diabetes is very challenging to manage in this age group, creating a huge burden for families.

“CamAPS FX led to improvements in several measures, including hyperglycaemia and average blood sugar levels, without increasing the risk of hypos. This is likely to have important benefits for those children who use it.

“Parents have described our artificial pancreas as ‘life-changing’ as it meant they were able to relax and spend less time worrying about their child’s blood sugar levels, particularly at night time.

“They tell us it gives them more time to do what any ‘normal’ family can do, to play and do fun things with their children.”

Sam Wright, mother to six-year-old Sofia, used to have to do finger-prick blood tests on her daughter and set alarms at night to check her glucose levels.

But the CamAPS FX app has revolutionised Sofia’s care.

Ms Wright said: “I have full trust in the CamAPS FX app and I feel like for the first time since the diagnosis I can relax.

“You wouldn’t know that she is any different from any of her classmates and that is thanks to the CamAPS FX app.”