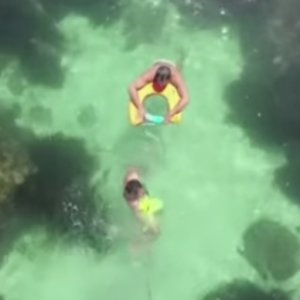 Check out this video from AP showing ‘lifeguard drones’ being tested on the beaches of Algarrobo in Chile. The machines are fitted with a float, camera, microphone and speaker to allow lifeguards to communicate with bathers in difficulty. The system is developed by a local company called Green Solution.

As the video shows, it’s not designed to replace a real lifeguard, but it could be a valuable tool as part of a rescue. A similar system was developed last year by a company in Iran.

Quadcopters for rescue missions is also a feature of this Flying Defibrillator idea being tested by a Dutch company.

Current thinking on  best practice regarding automated external defibrillators (AEDs) involves training members of the community in CPR as well as using the AED. From that point of view, the rescuers in this video are a little more reliant on technology from the sky than I’d like to see. However, even with trained personnel, the question of getting access to an AED can be problematic, especially in rural areas. Using drones to bring the tech to the scene would certainly be worth considering.