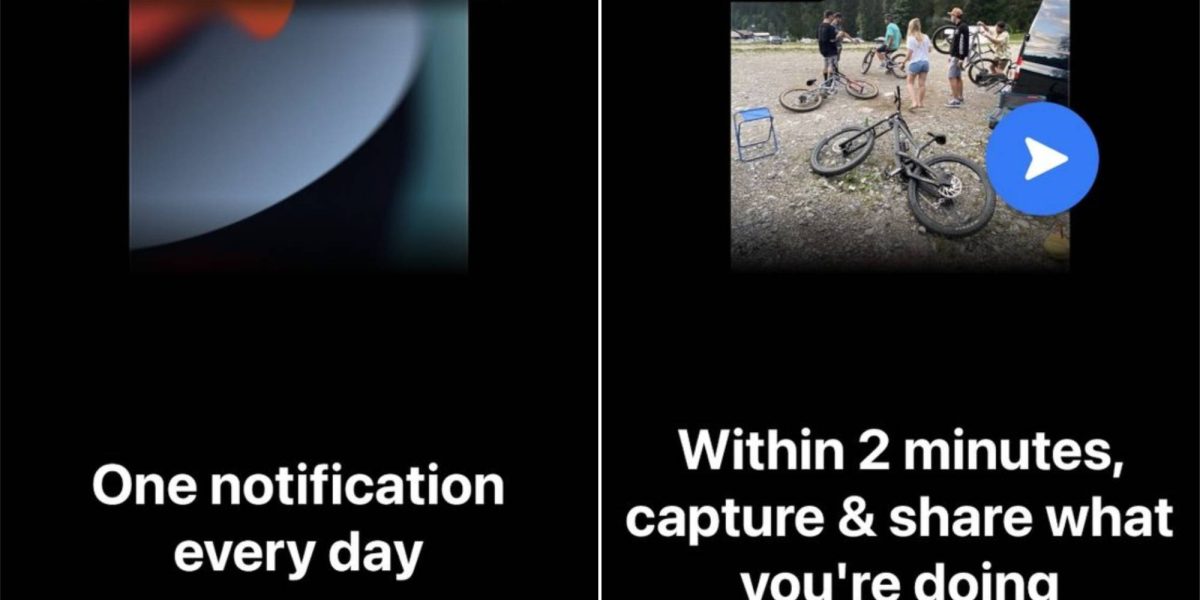 A new wave of social media apps are becoming increasingly popular among young people who want to get back to interacting with friends over creating content for the world to see.

At the centre of this shift is BeReal, a photo-sharing app designed to show a snapshot of what a user is doing at a certain point during the day, no matter how mundane.

But how did such a simple idea for social media become the latest must-have app?

Created in 2019, BeReal is a photo-based social media app that prompts a user to take a simultaneous front and back camera picture once a day, at a random time, within a two-minute window.

The idea is to show the user and their surroundings at that precise moment no matter how unglamorous the location or how they themselves look and as a result be more authentic online.

Each day, users will get one notification telling them it’s time to take a picture to share with their friends, and have a two-minute window to do so.

Upon opening the app, users are encouraged to take a photo of whatever is in front of them at that moment, while at the same time, the app also takes a selfie and the two images are then combined to create a BeReal post, with users also able to add a short caption.

These can then be shared with just a user’s friends, or more widely on the Discovery section of the app.

Photos can be taken outside the two-minute window if a user wishes, but crucially, they can’t see their friends’ content until they have posted something themselves.

– Why has it become so popular?

It appears many social media users have grown tired of more attention-grabbing, influencer-style content that has taken over on platforms such as Instagram and TikTok.

Some argue that many of the biggest platforms are no longer set up as place to connect with friends, but rather a space to promote those pushing a personal brand or seeking to become an online influencer.

Many have become frustrated that the algorithmic set-up of those apps means you are now more likely to see a random video from a content creator than the latest post from a friend.

Last month, a number of high-profile Instagram users – including Kim Kardashian – shared a message asking the app to “stop trying to be TikTok” after the site began pushing its short-form videos known as Reels to people’s feeds ahead of posts from friends.

Apps like BeReal have tried to tap into that frustration, and are making the case that they focus on authenticity rather than virality – the BeReal website says the aim of the app it to help users “discover who your friends really are in their daily life”.

The app has also been running campaigns to reach university students by advertising for paid ambassadors to promote the app on-campus and drive more sign-ups among young people.

– Is anything else driving the rise in popularity?

A number of studies have shown that young people can be negatively impacted by what they see on social media – particularly on issues around body image – while feeling pressure to perform or appear in a certain way because of other content which is deemed popular on such sites.

The rise of apps such as BeReal suggests that many are looking for a more simple, personal way of connecting with their friends and where those pressures appear to be reduced.