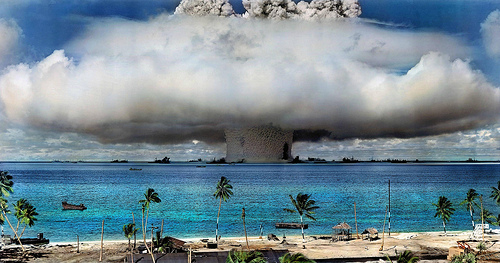 By Conn Ó Muíneacháin on January 10, 2014 in General
0
SHARES
ShareTweet OK – so you may have heard the Daily Mail getting all self-righteous and cross about the latest body image fad.  The Bikini Bridge, we are told, occurs when the bikini-wearer’s abdomen is so flat that the bikini bottoms are suspended from her protruding hip bones as she sunbathes.  You might have heard about the thigh gap last year?  Similar nonsense.

Now the Irish Independent is on the case with some common sense advice!

It’s common sense that something like the thigh gap and the bikini bridge doesn’t promote a healthy lifestyle – your goal should be health and fitness that suits you, caters to you and makes you feel and look your best.

All good and well – except that both the so called ‘craze’ and the ‘backlash’ against it have been orchestrated by some guys on 4 chan with too much time on their hands and a mind for mischief.

So it’s a hoax, but some are pointing out that it’s one that still has the potential to be damaging to those with body insecurity.

No – we will not posting any gratuitous bikini shots with this article.  Try the Daily Mail.  Good morning!