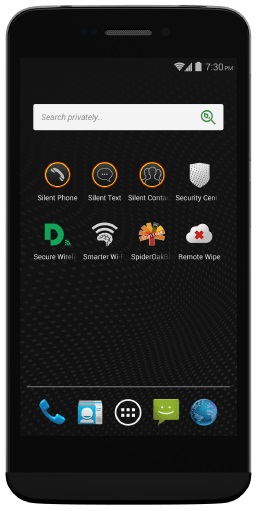 By Conn Ó Muíneacháin on July 2, 2014 in General
0
SHARES
ShareTweet

If you’re concerned about mobile security, then you might want to spend $629 on a phone designed with security in mind.

Blackphone is a joint venture between phone manufacturer Geeksphone and the cryptographic service Silent Circle.  Announced in January, it has begun shipping this week.

Blackphone uses a custom version of Android its developers call PrivatOS. It comes unlocked with a range of privacy tools pre-installed. These include the Silent Circle suite of encryption applications, including Silent Phone, Silent Text, and Silent Contacts; anonymous search, private browsing, and VPN from Disconnect; and secure cloud file storage from SpiderOak.

Initial pre-orders have sold out, and Blackphone say they are not taking additional orders until later this month.

Ars Technica have an extensive and exclusive review.