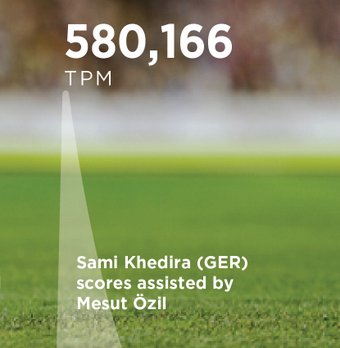 Brazil’s shocking annihilation last night at the hands of Germany in the World Cup Semi-Final, is the most tweeted sporting event ever, with 35.6 million tweets, according to the official TwitterData account.

Not only that, but the worldwide amazement as Sami Khedira scored Germany’s fifth goal – their fourth in a devastating 6 minute period – resulted in a new record for Tweets Per Minute of 580,166.

Here’s a great visualisation of the geo-tagged tweets as the game played out: