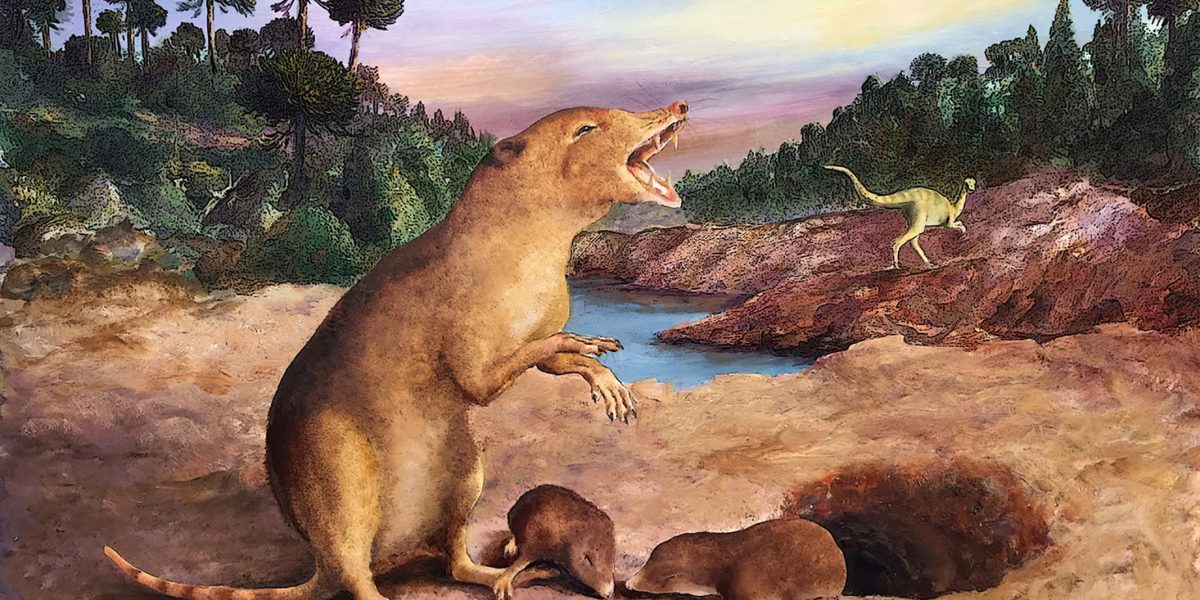 By Jonathan Thomas on September 6, 2022 in Science
0
SHARES
ShareTweet

Brasilodon quadrangularis was a small ‘shrew-like’ animal that measured around 20cm in length and had two sets of teeth.

The tiny animal existed at the same time as some of the oldest dinosaurs and sheds light on the evolution of modern mammals, experts say.

Mammalian glands, which produce milk and feed the young of mammals today, have not been preserved in any fossils found to date.

Therefore scientists have had to rely on hard tissues, like mineralised bone and teeth, that do fossilise, for alternative clues.

Dr Martha Richter, Scientific Associate at the Natural History Museum and senior author of the paper, said: “Dated at 225.42 million years old, this is the oldest known mammal in the fossil record contributing to our understanding of the ecological landscape of this period and the evolution of modern mammals.”

Researchers say Brasilodon is the oldest extinct vertebrate with two successive sets of teeth which includes only one set of replacements – also known as a diphyodonty.

The first set starts developing during the embryonic stage and a second and last set of teeth develops once the animal is born.

Researchers suggest their findings push back the origin of diphyodonty in Brasilodon and mammals with related biological traits by 20 million years and illuminates the debate about the rise of mammals in deep time.

Prof Moya Meredith Smith, contributing author and Emeritus Professor of Evolution and Development of Dentoskeletal Anatomy at King’s College London, said: “The evidence from how the dentition was built over developmental time is crucial and definitive to show that Brasilodons were mammals.

“Our paper raises the level of debate about what defines a mammal and shows that it was a much earlier time of origin in the fossil record than previously known.”

Scientists from the Natural History Museum and King’s College London contributed to the study led by the Federal University of Rio Grande do Sul (UFRGS) in Porto Alegre.

The research is published in the Journal of Anatomy.