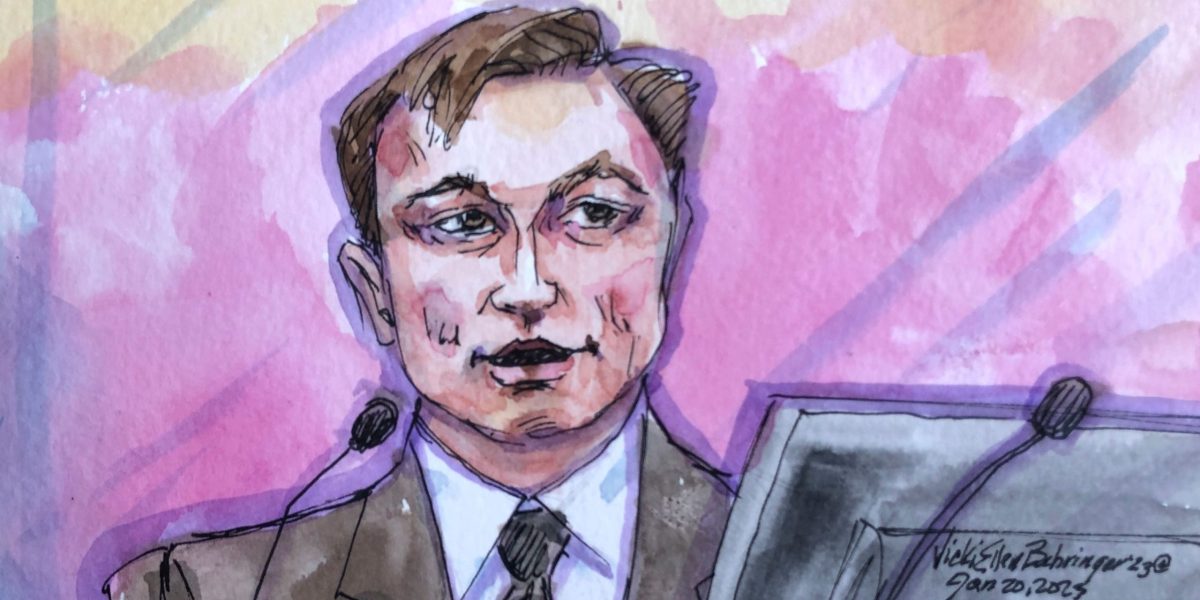 By Jonathan Thomas on January 25, 2023 in social media
0
SHARES
ShareTweet

Elon Musk has returned to the witness box for a third day in a lawsuit brought by Tesla investors who allege he misled them with a tweet about a deal that never happened, claiming that his intent had been to let his shareholders know he was considering a buyout.

The 51-year-old billionaire resumed his defence — under the questioning of his own lawyer, Alex Spiro — at a trial centring on two 2018 tweets indicating he had lined up the money to take Tesla private.

Musk told the nine-person jury he had said only that he was “considering” a Tesla buyout and never promised a deal would be done, but he thought it was important to get the word out to investors that Tesla might be poised to end its eight-year run as a publicly held company.

“I had no ill motive,” Musk said. “My intent was to do the right thing for all shareholders.”

While being grilled the day before by an attorney representing Tesla shareholders, Musk at times was combative, indignant and exasperated.

He insists he had financial backing for what would have been a 72 billion dollar (£58 billion) buyout of Tesla during 2018 meetings with representatives from Saudi Arabia’s Public Investment Fund, although no specific funding amount or price was discussed.

Presented with texts and email indicating that a representative for the Saudi fund had never pledged the money for a full buyout of Tesla, Musk said it was nothing more than the words of someone trying to back-pedal from a previous pledge made in private conversations.

He made clear his contempt for the lawyers who sued on behalf of Tesla shareholders who owned stock in the company for a 10-day period in August 2018.

“I don’t believe they actually represent shareholders,” Musk said, drawing a rebuke from US District Judge Edward Chen, who ordered the remark stricken from the record.

In the class action lawsuit, Tesla investors allege Musk – who has since taken Twitter in a 44 billion dollar (£35 billion) buyout – misled them with a tweet saying funding was secured to take his electric car company private — for 420 dollars per share.

But the deal never came close to happening, and the tweet resulted in a 40 million dollar (£32 million) settlement with securities regulators.

Musk has previously claimed he entered into the settlement under duress and maintained he never wavered in his belief that he had the money for a deal.

He pointed on Tuesday to his nearly 30-year track record as an entrepreneur who has never had trouble raising money from a list of ventures including PayPal and Neuralink, in addition to Tesla and SpaceX.

The trial hinges on whether a pair of tweets that Musk posted on August 7 2018, damaged Tesla shareholders during a 10-day period leading up to his admission that the buyout he had envisioned was not going to happen.

The statements resulted in Musk and Tesla reaching the 40 million dollar settlement without acknowledging any wrongdoing.

In the first of the 2018 tweets, Musk said “funding secured” for what would have been a 72 billion dollar buyout of Tesla at a time when the electric car maker was still grappling with production problems and was worth far less than it is now.

He followed up a few hours later with another tweet suggesting a deal was imminent.

Spotify becomes latest tech giant to cut jobs, with 6% of workforce to be shed
US infiltrates big ransomware gang: ‘We hacked the hackers’