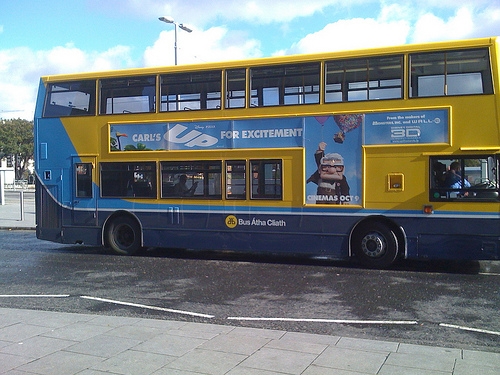 By Michele Neylon on August 6, 2012 in General
0
SHARES
ShareTweet According to a report in the Sunday Business Post, Bus Eireann, the Irish semi-state bus company, is to offer free wifi on 100 of its buses.

Several of the private bus companies that service routes such as Dublin Airport to Galway, have been offering free wifi on their services for the last couple of years, so it’s good to see the state owned company following suit.

Irish Rail, the state owned rail company, introduced wifi on some of its routes last year.

We mentioned a few days ago that Aer Lingus, which the Irish government retains a stake in, was considering offering wifi on some of its flights.

UPDATE: Some users are reporting seeing the wifi sticker on buses without functional service.

@blacknight Bus Eireann keep telling us about this. I’ve been on buses with wifi sticker & it’s never worked.