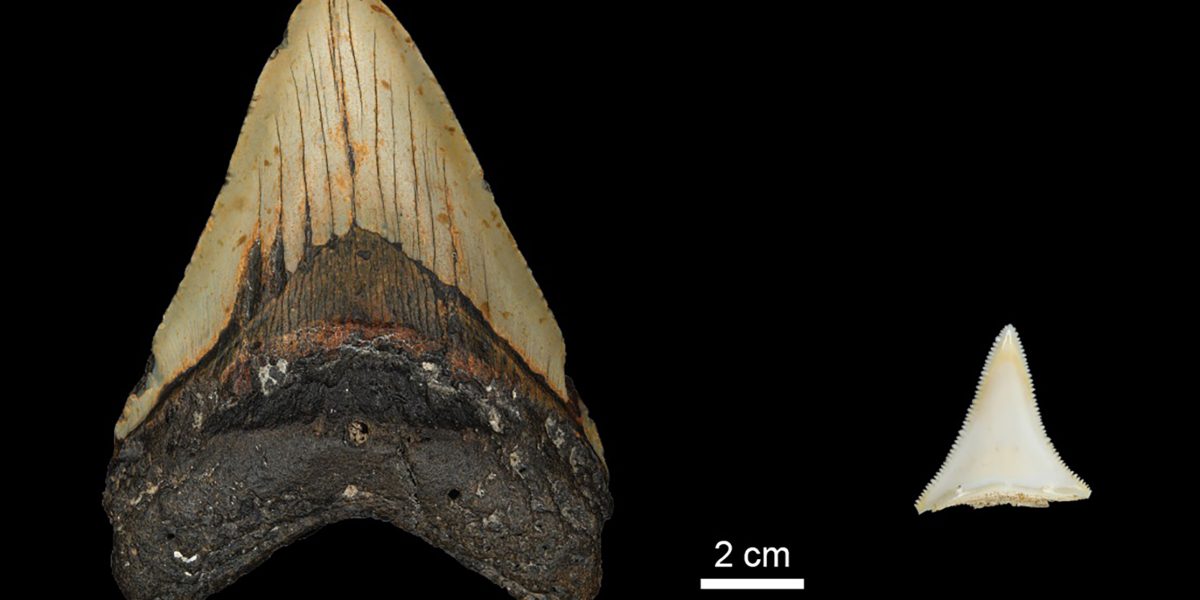 By Jonathan Thomas on May 31, 2022 in Science
0
SHARES
ShareTweet

Competition for food with the great white shark may have contributed to the extinction of the megalodon, one of the largest carnivores to have ever lived, new research suggests.

Megatooth sharks like Otodus megalodon, more commonly known as megalodon, lived between 23 and 3.6 million years ago in oceans around the world and possibly grew to as big as 20 metres in length.

For comparison, the largest great white sharks today can reach a total length of only six metres.

Zinc is incorporated into the enamel of teeth when they are formed and can be used as a proxy for understanding an animal’s diet and investigating an animal’s trophic level – how far up the food chain it feeds.

When comparing the findings between megalodon and the great white shark, researchers found that when the animals coexisted, during the Early Pliocene, their trophic levels overlapped and they may have competed for the same food resources.

The researchers highlight there are multiple potential causes of megalodon’s extinction – which has been the cause of much debate, including climate and environmental changes, but suggest competition with the great white shark may have been a factor.

Michael Griffiths, professor at the William Paterson University, said: “Our results show that both megalodon and its ancestor were indeed apex predators, feeding high up their respective food chains.

“But what was truly remarkable is that zinc isotope values from Early Pliocene shark teeth from North Carolina suggest largely overlapping trophic levels of early great white sharks with the much larger megalodon.”

Kenshu Shimada, professor at DePaul University, Chicago, added: “These results likely imply at least some overlap in prey hunted by both shark species.

“While additional research is needed, our results appear to support the possibility for dietary competition of megalodon with Early Pliocene great white sharks.”

The findings are published in Nature Communications.