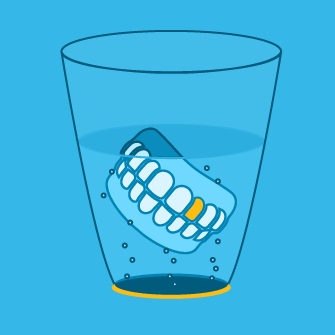 By Conn Ó Muíneacháin on January 29, 2016 in General
0
SHARES
ShareTweet

About 5 minutes after the taxi dropped me off, I was still searching my accommodation for my bag when the sickening realisation dawned.

I’d left my bag, laptop, camera and microphones in the boot of the car.

Almost as suddenly, I realised that I had the drivers details, as I had used Hailo to call and pay for the ride. Soon I was reunited with my property.

Hailo Ireland has today released findings from a survey carried out among 530 drivers on the Hailo network, which found that mobile phones (32%), are the most common item left behind in taxis. Other frequently forgotten belongings include umbrellas (19%), keys (14%), glasses (10%) and hats (7%). Drivers were also asked about the most unusual items left behind, and these included a cooked chicken, a box of lobsters, a signed Pink Floyd Album and false teeth.

When asked how frequently people leave their belongings in taxis, 86% of drivers said it occurs monthly, 12% said weekly, and 2% said daily. Upon returning the lost items, drivers say that they are often offered a box of chocolates, cash or are even invited in for dinner. Relieved customers sometimes cry when their phone is returned.

Tim Arnold, General Manager of Hailo in Ireland says that the Irish support team is kept busy with over 6000 lost property cases reported every year. “Most lost property reports come in after dark when it’s harder to see”, he said, “so remember to always check the back seat before you get out of your taxi.”

More than 10,000 drivers are active on the Hailo network in Ireland, clocking up five million journeys last year. At peak hours, a Hailo taxi hail is accepted every two seconds, with an average wait time of less than four-and-a-half minutes.