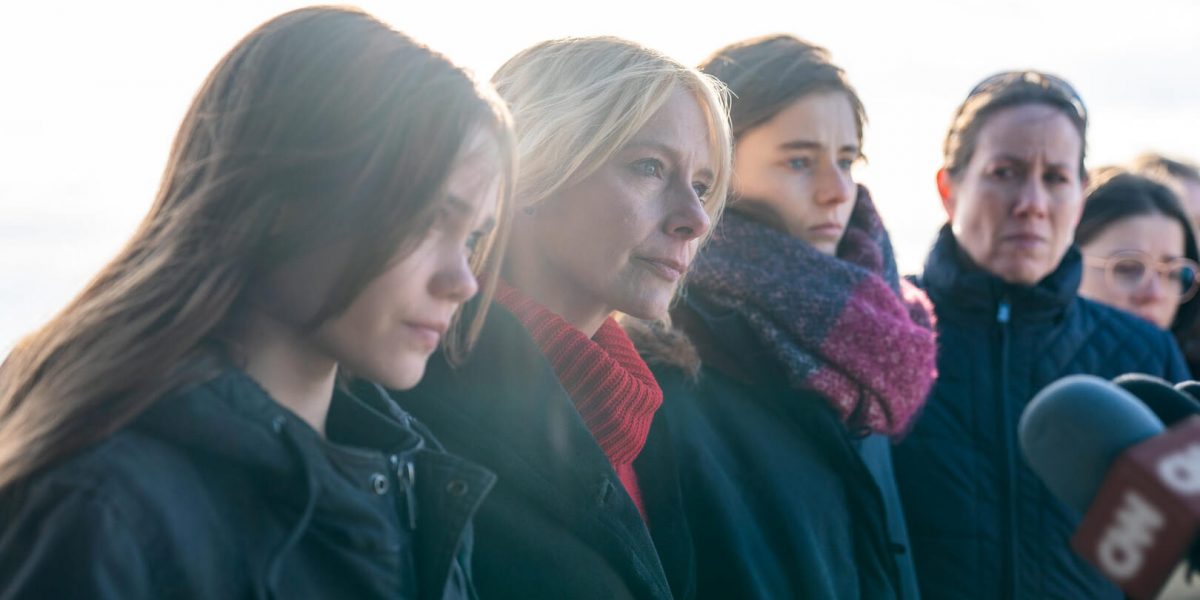 By Conn Ó Muíneacháin on March 16, 2020 in General
7
SHARES
ShareTweet

Through re-enactments and historical text, the docudrama traces the path of St Patrick from kidnapped slave to patron saint of Ireland.

The critically acclaimed and award-winning Katie Taylor documentary KATIE, directed by Ross Whitaker is now on Netflix. KATIE which has been wowing audiences since it picked up the Best Irish Feature Documentary award at the Galway Film Fleadh last summer intimately follows champion boxer Katie Taylor as she attempts to rebuild her career after a year of turmoil threatened to derail her career. With many writing her off, Taylor decided to start again, and the notoriously private champion agreed to let a small crew document her attempt to rescale the heights.

Never ones to think things through, two Irish teens steal bicycles and set off to the coast to find a bale of cocaine from a smugglers capsized ship.

A courageous 11 year old Afghan girl disguises herself as a boy and takes on odd jobs to provide for her family when her father is arrested. This Oscar-nominated film was produced by Cartoon Saloon in Kilkenny.

The Irish Man in Conversation

Join director Martin Scorsese as he sits down with stars Robert De Niro, Al Pacino and Joe Pesci for an intimate intriguing look inside The Irishman

The personal exploits of a 16-year-old girl and her family and friends during the Troubles in the early 1990s.

Bad Day For The Cut

A mild mannered, middle aged Irish farmer devoted to his mother embarks on a violent quest for revenge when she’s murdered in a home invasion.

Over a lost weekend, a drugged-out DJ reconnects with his estranged brother and sees where his hedonistic lifestyle could lead in the end.

Twin siblings live under a curse in their ancestral home, but one of them is tempted to defy house rules, angering the spirits keeping them hostage.

The Hole in The Ground

After moving to a new town, a single mother becomes convinced that her son has been replaced by something from beneath the sinkhole behind their house.

After getting caught up in a drug bust a quiet young man struggles to adapt to the brutality of prison life.  Stars Moe Dunford

Brain on Fire is a 2016 biographical drama film directed and written by Irish filmmaker Gerard Barrett. Stricken by seizures, psychosis and memory loss, a young New York Post reporter visits doctor after doctor in search of an elusive diagnosis   https://youtu.be/VZn6G0M9wNs

In Dublin, friends Aisling and Danielle must come to terms with adulthood with their millennial hijinks and hangovers begin to wear off.

The Zombie apocalypse is thwarted by a cure for the virus. But now the antidote is found, who will fix a broken society?   Stars Ellen Page, Sam Keeley and Tom Vaughan Lawlor.

A pair of loud-mouthed Dublin twins, reunited after being separated at birth, embarks on a wild road trip to search for their third missing sibling.

Three Irish brothers arrive in the Yukon during the Gold Rush hoping to strike it rich, but a powerful man and greed soon divide them.

Hostage to the Devil

Follow the eerie story of Father Malachi Martin, a disenchanted priest whose belief in demonic possession would lead him to conduct several exorcisms

After his daughter is killed by terrorists, a sullen restaurateur seeks the identities of those responsible and travels to Ireland to take vengeance.  Stars Jackie Chan and Pierce Brosnan.   https://youtu.be/om9YCk7ufHs

This documentary crime series charts the rise of the Irish Mob in America, from urban immigrant poverty to political power and wealth.

The Siege of Jadotville

The Siege of Jadotville tells the true story of Irish Soldiers who were besieged by overwhelming enemy forces while on a UN peacekeeping mission in the Congo.  The heroes led by Commandant Pat Quinlan fought for five days and heroically defended their outpost.   A Netflix Original film, based on the book Siege at Jadotville : The Irish Army’s Forgotten Battle by Declan Power.  Stars Jamie Dornan, Jason O’Meara, Mark Strong and Sam Keeley.

After losing their only child in a dog attack, two parents discover a pagan ritual that will grant them three more days with their deceased daughter.

“Simultaneously as Dark and yet Lighter” – Brooker on Black Mirror Season 5
How Many Days Work Will a New iPhone Cost You?