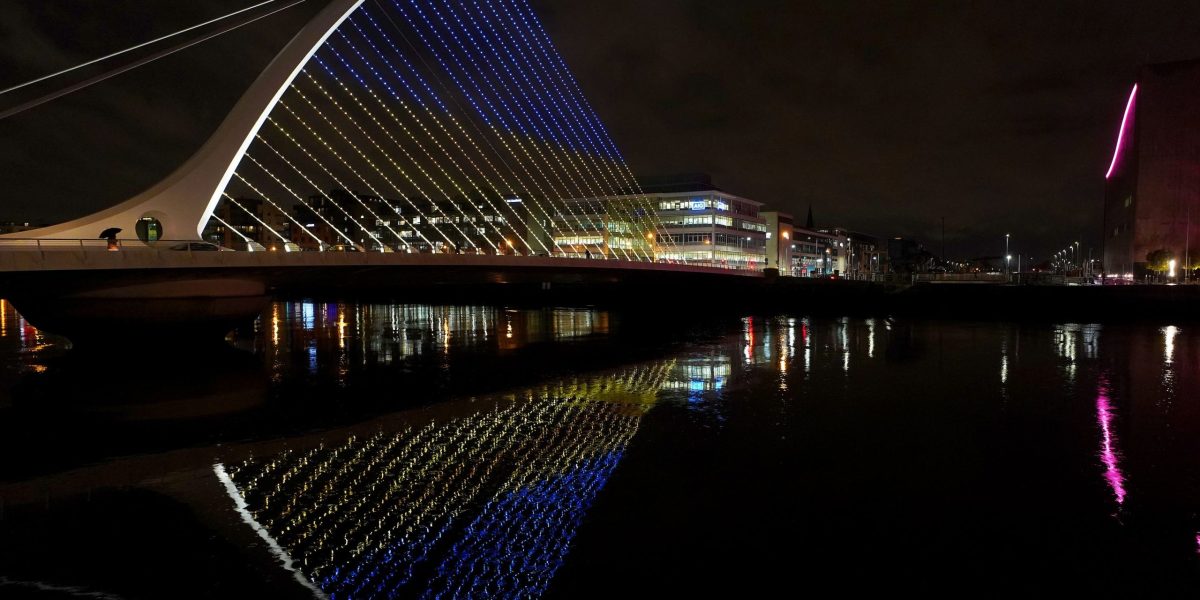 By Jonathan Thomas on March 11, 2022 in Privacy, security
0
SHARES
ShareTweet

Ireland is facing an increased threat from cyber attacks since the invasion of Ukraine, the Foreign Affairs Minister has warned.

The Oireachtas Foreign Affairs and Defence Committee heard from Simon Coveney on Thursday, who said the Irish Government was taking precautions against potential cyber attacks.

His appearance comes amid the backdrop of the war in Ukraine, with Ireland poised to potentially take in tens of thousands of refugees.

Taoiseach Micheal Martin was in Versailles in France on Thursday for an informal meeting of the European Council.

Speaking ahead of the meeting he said investment in defence and security across Europe would be discussed as well as economic resilience and energy dependency.

He described a “very grave” situation across Europe because of the war.

The country has already signed up to an EU-wide fund to provide arms and equipment to Ukraine, although Ireland as a militarily neutral nation has already committed to providing non-lethal equipment only.

Mr Coveney said: “We’re also looking to see what actual gear we can provide as well. We’re making some decisions on that actually shortly having looked at what we have that is spare and available.

“And you’d be surprised – there’s not as much as you might think.

“But there is some military defence equipment that I think would be useful and we’re making decisions on that actually as we speak today. And we’ll get it to Ukraine as quickly as we can.”

Mr Coveney began his brief appearance at the committee by condemning the “unconscionable attack” on a maternity and children’s hospital in Mariupol.

“This event speaks directly to the need for international pressure to be brought to bear, so that this senseless conflict can be halted,” he told politicians.

“That is an outrageous act of aggression that cannot go unchecked and we will, as I believe many other countries will as well, ensure there is accountability through all the legal mechanisms available and the legal entities available globally, to to respond to atrocities like that.”

However, Mr Coveney was less than certain about the likelihood of Vladimir Putin appearing before the International Criminal Court (ICC) to answer for alleged war crimes committed by Russian troops in Ukraine.

The ICC has already announced that an investigation has begun into the situation in Ukraine and any possible war crimes.

“I’m a big supporter of the ICC. So is Ireland. But there are lots of powerful countries who aren’t and so it’s really important that this process has begun and in terms of gathering of information and evidence and so on. Whether it will actually result in a prosecution of a President Putin remains to be seen,” he said.

Mr Coveney did not rule out the possibility of further sanctions being imposed on Russia by the EU.

“The key priority now is the rapid and effective implementation of all of sanctions agreed to date. Discussions will also continue at EU level on possible additional sanctions,” he said.

“The implications of the Russian invasion of Ukraine for all of us in Europe, are profound. Every part of Government is working intensely,” he said.

Stressing that Ireland is playing a key role in the global moves to resist Russian aggression in Europe, he said that it was vital that civilians are protected as the conflict continues.

“Whatever is agreed, or not agreed – on humanitarian corridors or other measures – civilians and civilian infrastructure must be protected.

Mr Coveney also said that around 45 Irish citizens remain in Ukraine, while 157 have left the country.

He added that the country remains a welcoming place to Russian and Belarusians and had no issue with the citizens of either country.

He went on: “The Russian and Belarusian communities in Ireland are part of the fabric of this nation and it is important that we continue to show them that they are welcome here, just as we will for the many Ukrainians now seeking refuge here with us in Ireland.”

Mr Coveney was also quizzed on reports that the Irish ambassador to Russia, Brian McElduff, was summoned by the Russian authorities in Moscow.

“In terms of of our ambassador in Moscow, I’m not going to go into conversations that have happened between the ambassador and authorities in Moscow apart from to say – it’s not that unusual when there’s tension, for our ambassador abroad to be called in by a foreign office in another country.

“It’s happened in Israel many times,” he said.

“He was asked in, after the incident in the Russian embassy here in Dublin, which was an unfortunate incident actually, because it’s distracted away from some of the core messages that we need to be delivering.

“But that was not an unexpected conversation. And I’m not overly surprised by it at all.”

Mr Coveney repeatedly expressed his admiration for the proactive response of the EU and the warm welcome Ukrainian refugees have received.

“The generosity of the response has just been breathtaking as far as I’m concerned. I mean, the most difficult issue, politically, in the European Union for the last 10 years has been migration.

“We couldn’t agree on anything in terms of how to deal with migration, how to burden share in the EU, how countries in northern and western Europe could support countries in the south that were being impacted by significant numbers of migrants and asylum seekers coming from North Africa and the Middle East and so on.

“And within the space of 48 hours, the EU effectively signed off on a temporary protection mechanism, which essentially allowed an unlimited number of Ukrainians to come into the EU, anywhere in the EU, and effectively be treated as EU citizens.

“The response from countries that are highly sensitive politically, to migration, generally, like Hungary, Slovakia and Poland in particular over the last number of years, have just set all of that aside,” he said.