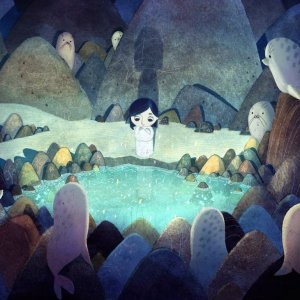 Nominations have been announced for the 87th Academy Awards and an Irish film has been been nominated for Best Animated Feature.

Song of the Sea is produced by Cartoon Saloon in Kilkenny, whose previous film, The Secret of Kells, was nominated in the same category in 2010.

Both films were directed by Tomm Moore and feature the vocal talents of some of Ireland’s best known actors such as Brendan Gleeson and Fionnuala Flanagan. In addition, both films feature music by Irish band Kila, working with French composer Bruno Coulais.

While it’s great to see an Irish film honoured, some have expressed puzzlement at the omission of The Lego Movie from the list of nominees. That film has been a critical and commercial success, spawning two spinoffs which are currently in production. The Lego Movie was nominated for a Golden Globe Award, but lost to How to Train Your Dragon 2.

The Lego Movie‘s co-director Philip Lord is making the best of the situation.

It's okay. Made my own! pic.twitter.com/kgyu1GRHGR