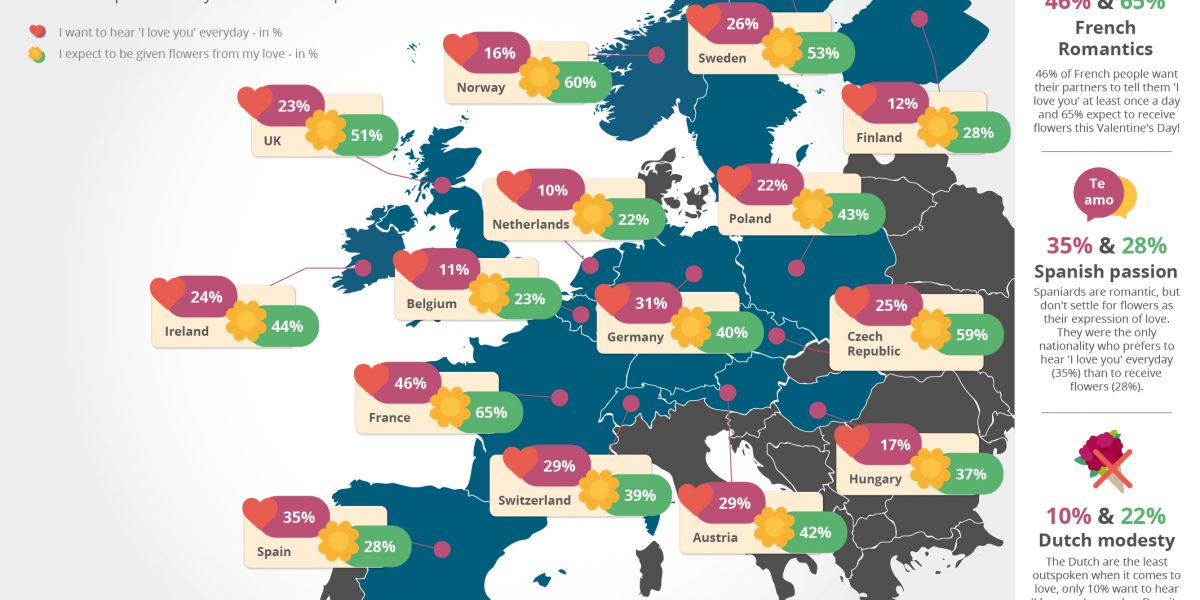 By Michele Neylon on February 11, 2016 in Infographic
0
SHARES
ShareTweet

Valentine’s Day is coming up this weekend, so naturally any business that has even the most tenuous of links to “love” are trying to cash in on it. Some of the marketing I’ve seen over the last few days has left me wondering why some people bother 🙂

Anyway online dating sites actually DO have a lot to say about affairs of the heart, as that’s their core business!

The guys over at EliteSingles.ie have put together some rather interesting data about how Irish people stack up against other nationalities.

But here’s a number that really surprised me: 44% of Irish expect to be given flowers this Valentine’s Day

What about other nationalities?

The survey results are based on the answers from 12,654 of Elite Singles’ members

Here’s a graphic that shows it all nicely (click to enlarge): 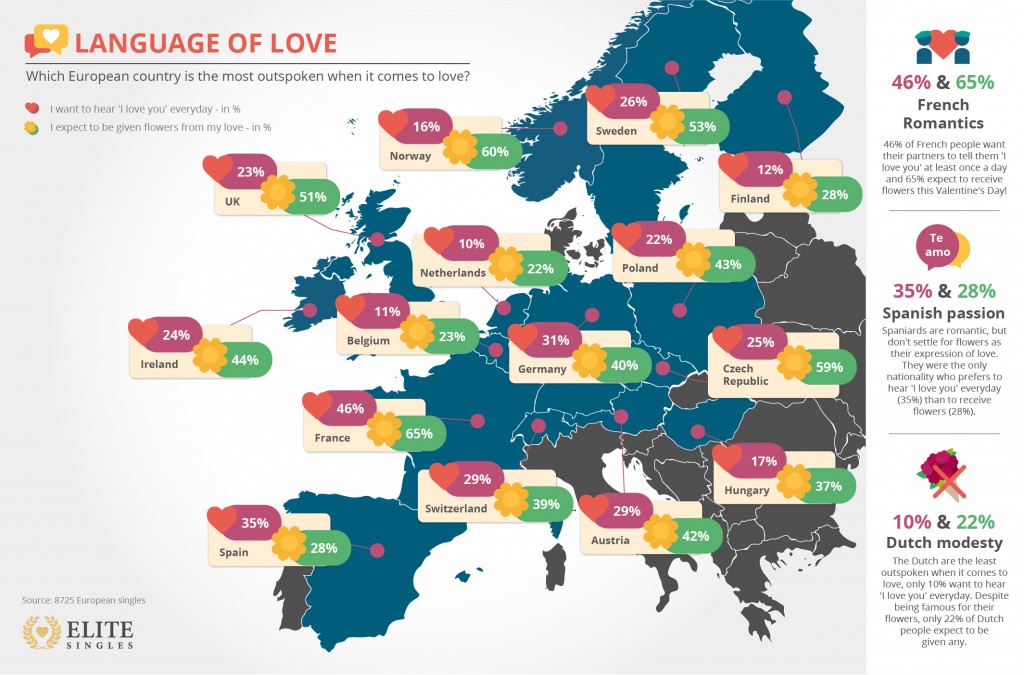 In related, and rather depressing, news the London police is reporting some rather disturbing stats about how cyber criminals have been defrauding people in the UK who were duped by dating scams:

Online dating fraud in the UK cost victims a heart-breaking £27 million last year, according to the latest stats from the City of London Police’s National Fraud Intelligence Bureau (NFIB) and Get Safe Online . Over 2,700 online dating related crimes were reported to the police over 12 months with the average loss standing at £10,000. However, the actual number of crimes is thought to be considerably higher, with victims not reporting them owing to embarrassment.