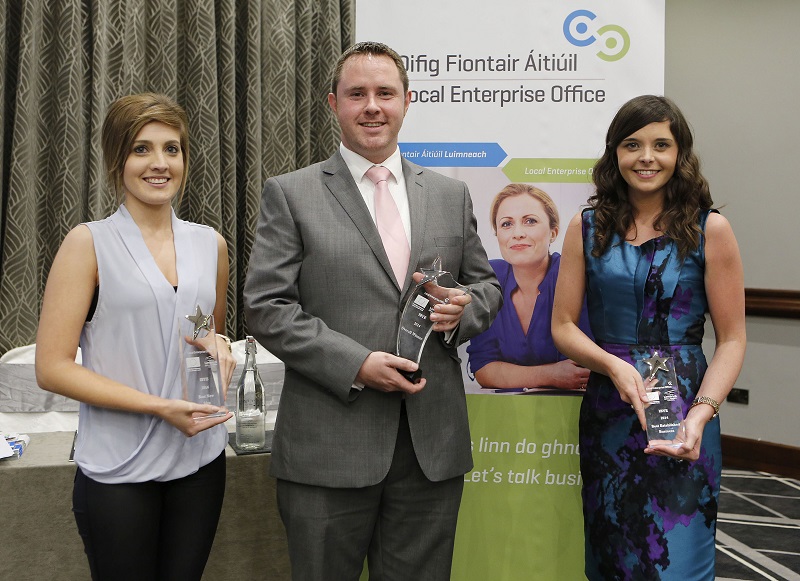 By Conn Ó Muíneacháin on October 8, 2014 in General
0
SHARES
ShareTweet

A University of Limerick engineering graduate has won €20,000 after being named Limerick’s Best Young Entrepreneur at a function hosted in the Castletroy Park Hotel.

Founded by Dr. Paddy Finn, Electricity Exchange provides systems and expertise for Demand Side Units, used by large electricity users to manage their own generation of some of their own power. Dr Finn was named overall winner as well as the winner of the ‘Best Start-Up Business ‘category of the competition, which was organised by the Local Enterprise Office (LEO) Limerick.

The three local category winners now proceed to a regional competition, with the winners from each region progressing to the national stage of Ireland’s Best Young Entrepreneur (IBYE) competition which features an Investment Fund of €100,000 to be shared among the winners at a ceremony on 6th December.

The local stage of the competition attracted 40 applications from young people, aged 30 and under, from across the City and County. After a full review of applications, fifteen finalists were shortlisted and took part in an intensive Business Boot Camp.

“Central to our plans for jobs and growth is supporting more businesses to start-up. Two thirds of all new jobs are created by start-ups, so if we are to create the jobs we need we must support more entrepreneurs to start new businesses. That is why we put in place the entrepreneurship forum chaired by Sean O’Sullivan and that is why we established the Local Enterprise Offices to provide more and better Government supports to businesses in one easily-accessible place at local level.

“Part of this plan is also fostering a stronger culture of entrepreneurship and promoting start-up business as a career option for young people. That is what is behind this new competition to find the best young entrepreneur in Limerick also ultimately Ireland’s Best Young Entrepreneur. We have excellent start-ups and entrepreneurs in Ireland – we just don’t have enough of them.”