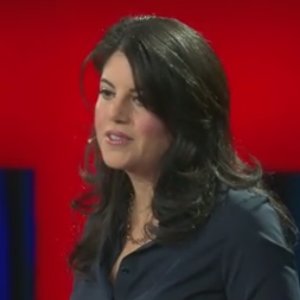 By Conn Ó Muíneacháin on March 21, 2015 in General
0
SHARES
ShareTweet

You can hear a pin drop in this latest video from TED, as an audience listens to Monica Lewinsky share her unique insight on global public humiliation.

For almost 20 years, Monica Lewinsky has suffered the consequences of a mistake she made as a 22-year-old intern. But those consequences were amplified and made much worse, she said, by the Internet. Today ‘humilation culture’ has borne a nasty fruit of cyberbullying, harassment, and invasion of privacy which can have lethal consequences for its victims.

“A marketplace has emerged where public humiliation is a commodity, and shame is an industry. How is the money made? Clicks.”

Is it just the inevitable side-effect of free speech? Lewinsky says no.

Advocating a return to the long-held value of compassion, she says that embarrassment cannot survive empathy, and credits the empathy shown by many towards her as the reason for her survival.

There’s much more, but I strongly recommend you watch it for yourself. It’s the best TED talk I’ve ever seen.