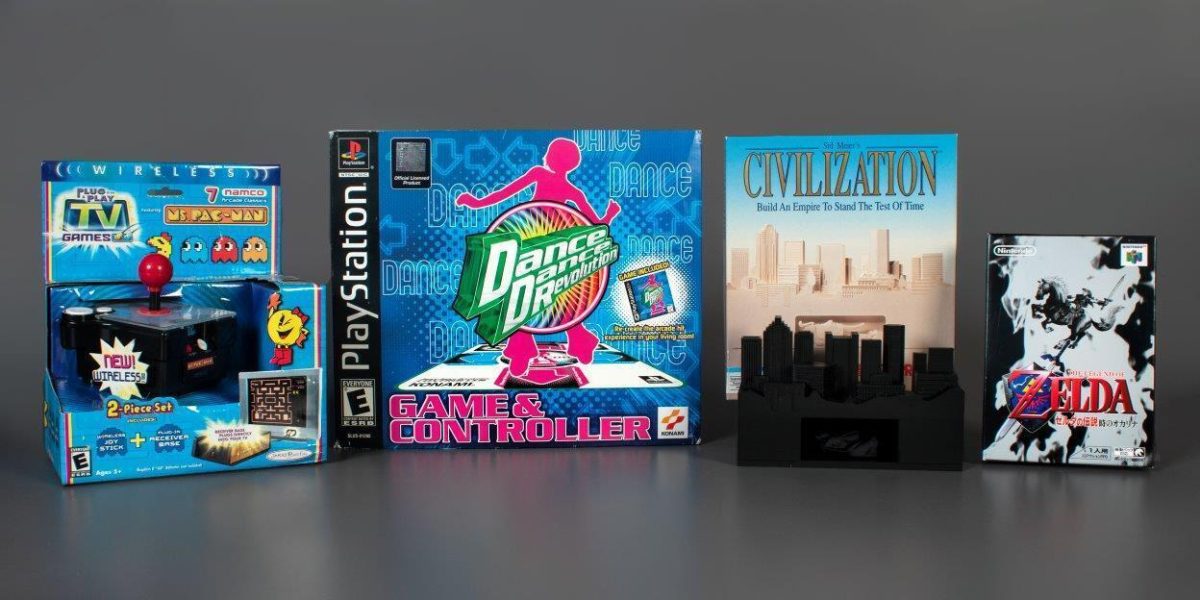 By Jonathan Thomas on May 5, 2022 in Games
0
SHARES
ShareTweet

Ms. Pac-Man has been inducted into the World Video Game Hall of Fame, more than 40 years after blazing a trail for female video game characters.

Also inducted on Thursday was Dance Dance Revolution, The Legend Of Zelda: Ocarina Of Time, and Sid Meier’s Civilisation.

The Hall of Fame considers electronic games of all types each year — arcade, console, computer, handheld and mobile.

Inductees are recognised for their popularity and influence on the video game industry or pop culture over time.

The Ms. Pac-Man arcade game was released in 1981 as Midway’s follow-up to Pac-Man, which entered the hall as part of the inaugural class in 2015.

The Pac-Man sequel reimagined the main character to acknowledge the original game’s female fans, according to the hall.

After selling 125,000 cabinets within the first five years, it became one of the best-selling arcade games of all time.

There was nothing inherently gendered about early video games, said Julia Novakovic, senior archivist at the hall.

But “by offering the first widely recognised female video game character”, she said, “Ms. Pac-Man represented a turn in the cultural conversation about women’s place in the arcade, as well as in society at large”.

The class of 2022 was chosen from a field of finalists that also included Assassin’s Creed, Candy Crush Saga, Minesweeper, NBA Jam, PaRappa the Rapper, Resident Evil, Rogue, and Words with Friends.

It is the eighth class to be inducted since the World Video Game Hall of Fame was established at The Strong National Museum of Play in Rochester, New York.

Konami’s Dance Dance Revolution, first seen in arcades in Japan in 1998, was recognised for helping to pave the way for other music-themed games like Guitar Hero and Rock Band.

The fast-paced game put players on a dance floor with a screen in front to direct their moves.

“Music has been an integral part of human life since prehistoric times so it comes as no surprise that DDR enjoyed a unique popularity that spanned ages, genders, and regions,” said video game curator Lindsey Kurano.

A home version of the game followed on the PlayStation in 1999.

The Legend Of Zelda: Ocarina Of Time, also first released in 1998, came out for the Nintendo 64 and defined what a 3D action video game could be, Hall of Fame officials said.

The award-winning game sold more than 7.6 million copies worldwide and continues to be recognised by some players and critics as one of the best video games ever made.

“Even today, developers throughout the world credit The Legend Of Zelda: Ocarina Of Time as influencing the way they create games,” digital games curator Andrew Borman said.

“The game’s sprawling 3D world, fluid combat, complex puzzles and time-shifting story combined to inspire a wonder in players that they have never forgotten.”

Sid Meier’s Civilisation, released in 1991, was recognised as an influential simulation and strategy game.

The game, which invited players to develop their own empires, launched a series of successor games, including the most recent Civilisation: Beyond Earth and Civilisation VI.

“The addictive nature of the game, which creator Sid Meier himself called the ‘one more turn’ quality, and its nearly unlimited choices that prevented repetitive gameplay, earned Civilisation recognition from Computer Gaming World as the best video game of all time in 1996,” said Jon-Paul Dyson, director of The Strong’s International Centre for the History of Electronic games.

“Altogether — and given the extraordinarily long periods of play the game afforded — players have engaged with the Civilisation series for more than a billion hours.”

Anyone can nominate a game for the World Video Game Hall of Fame.

Final selections are made on the advice of journalists, scholars and others with knowledge of the history of video games and their role in society.