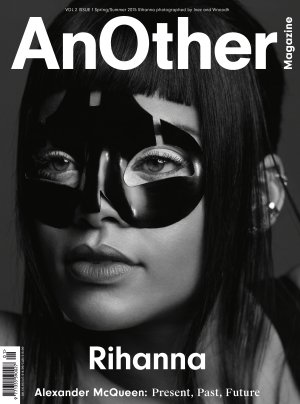 By Conn Ó Muíneacháin on March 6, 2015 in General
38
SHARES
ShareTweet

Irish tech company PCH is at the centre of a radical innovation in media, collaborating with AnOther Magazine, and Alexander McQueen in a revolutionary digital first: a moving fashion magazine cover with a bespoke audio component.

Combining the worlds of tech and fashion, a premium- quality HD display shows a video of Rihanna performing in Alexander McQueen, filmed by Inez and Vinoodh. The video is accompanied by ‘The Sound of McQueen’, a specially commissioned, album-length soundtrack created by McQueen’s long-standing musical partner John Gosling.

Founded by Lee Alexander McQueen who died in 2010, the fashion label continues under the creative directorship of Sarah Burton.

“I wanted to bring McQueen past, present and future together in one spectacular moment to celebrate his career and the future of the brand,” says Jefferson Hack.

“Rihanna is wearing bespoke McQueen inside this groundbreaking issue. In collaboration with PCH and McQueen, we have made fashion history. Lee was all about innovation in fashion. This collaboration shows dedication and passion for technical and creative risk-taking.”

“We were really excited by the project, and the opportunity to do something new. The result is captivating and unexpected, and shows what is possible. I was stunned when I saw the cover move. The element of surprise is great. Jefferson has blended art, fashion and technology into a beautiful object.”

Just 1000 Digital Limited Editions were produced, selling out within hours of the launch in Paris yesterday.