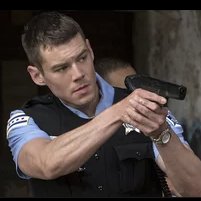 By Conn Ó Muíneacháin on June 5, 2015 in General
0
SHARES
ShareTweet

“You have seven other selves now. you can access each others language, knowledge, skills”.

OK – I’m intrigued! Sense8 is the new TV series from the Wachowskis, co-written with Babylon 5 creator J Michael Straczynski. And it launches today with all 12 episodes available on Netflix.

Eight people, in different parts of the world begin to share each others thoughts. Is that enough to sum it up? Probably not! The Irish Examiner carries a review of the first three episodes:

“In Sense8, everything is fluid. That not only includes character and perspective but also location, time and conceptions of reality. Thematically, even gender and mental states are also slippery, something which is bound to accelerate as the series progresses”.

The Guardian says you’ll struggle to get through a “dull” first episode – but “after that I have a feeling it’s going to get pretty trippy and amazing”.

Naveen Andrews from Lost is in it, along with Tuppence Middleton who was in the recent Wachowskis film Jupiter Ascending, and Bae Doona from Cloud Atlas. Daryl Hannah plays a character who may – or may not be – a key to the mystery; she says:

“it’s not like some of those series that are just constant mysteries and they never add up. This definitely makes sense but I think people are going to be so blown away.””

Want more? Eight different trailers below each give an insight into one of the core characters.

Technology.ie is powered by Blacknight.