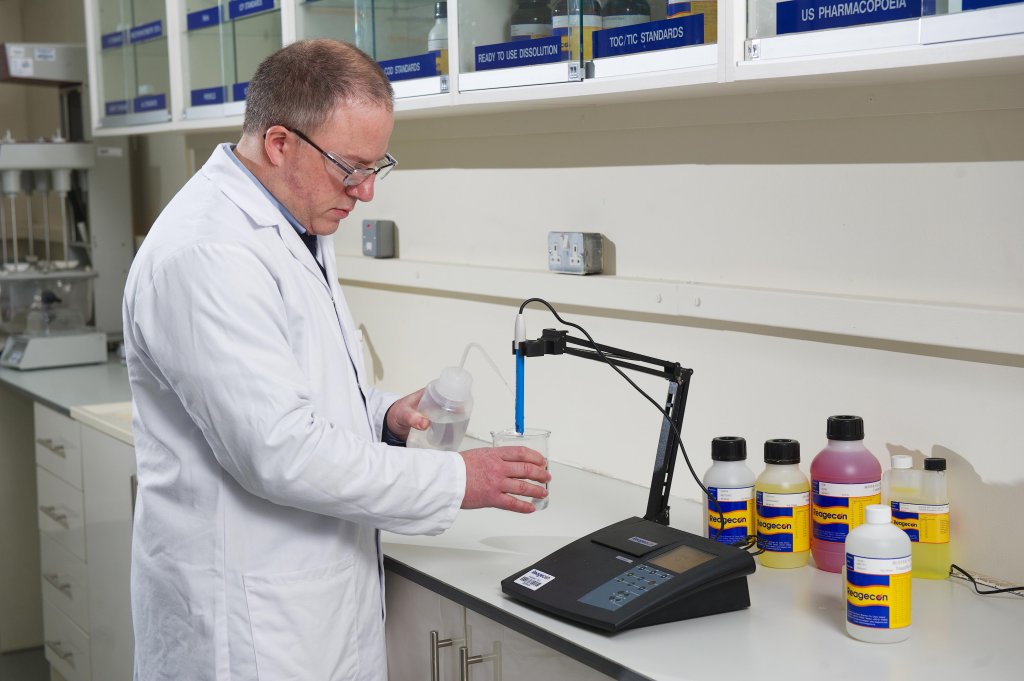 By Conn Ó Muíneacháin on September 10, 2015 in General
0
SHARES
ShareTweet

Reagecon, one of the largest producers of physical and chemical standards in the world, has targeted annual export revenues of €50 million by 2020 and the creation of 40 new jobs over the next 12-24 months.

Founded in Shannon in 1990, the Irish-owned company develops, manufactures and exports physical and chemical standards and reagents for laboratories worldwide.

The products are developed and manufactured in Shannon and sold through distributors in 150 countries and directly to end users in Ireland and China through Reagecon’s sales offices in Shannon, Co. Clare, Ireland, and Shanghai, China.

John Barron, Managing Director and Chairman of Reagecon explains that the new jobs form part of “an ambitious programme of scaling”.

Mr. Barron confirmed that all of the 40 new jobs, 15 of which have recently been filled, are high value Chemist positions. The company presently operates from a 64,000 square foot facility in Shannon and employs 86 people, over half of which are scientists.

“Since the beginning of 2011, we have developed a major pipeline of new products and we now have a broader and more comprehensive range of physical and chemical standards than any other producer worldwide,” stated Mr. Barron. “An investment of more than €3m in our R&D capability has further enabled us to grow our marketable product range and diversity and as a result, expand our global customer footprint.”

Reagecon was founded in 1990 by Barron and three others and initially specialised in the development of Electrical Conductivity Standards. In 2011, John and Brigid Barron concluded the buyout of the other co-founders and with the help of BES funding and retained profits and embarked on a major R&D programme.

According to Mr Barron: “This process has been transformational and combined with a clear vision and strategy, we have developed over 5000 new products covering 21 product ranges targeted at several new market niches”.

“Since 2011, the company has spent €3M on R&D and will spend a further €4M between now and 2016 and plans to create a further 25 new jobs in addition to the 15 already created in recent months. Since 2011, the new product development continues to yield a massive output of patentable inventions, innovations, features and benefits that confers significant competitive advantage over our competitors.’’

Mr Barron continued: “We have been very lucky with the product development areas we have selected, the high calibre of management and staff that work with us and the support we continue to receive from our stakeholders EI and Ulster Bank.”

“For a company like ours with unlimited ambition to scale, the ecosystem in terms of grant supports and tax credits is very attractive here in Ireland at the moment and we have a pipeline of new projects planned that will bring us up to 2020 and generate revenues of €50M,” he concluded.

Meanwhile, Reagecon will host an International Distributor Seminar being at the Oakwood Arms, Shannon, Co. Clare, on October 1st and 2nd, 2015. More than 80 delegates representing 44 companies from 23 countries are registered for the event.