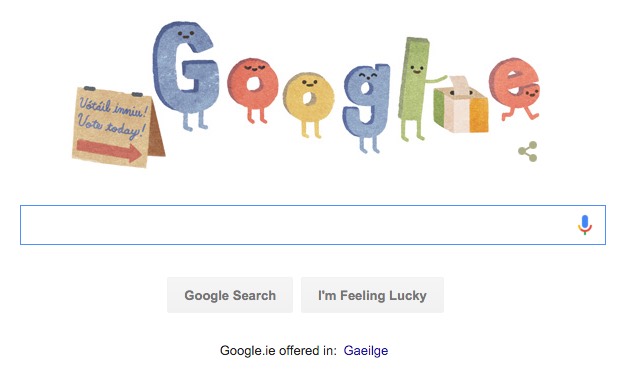 By Michele Neylon on February 26, 2016 in social media
8
SHARES
ShareTweet

Today Ireland went to the polls to vote in the general election.

There is less than an 10 minutes of voting left at time of writing.

As could be expected the tech giants have “done their bit”.

Twitter has turned on a special emoji for the day:

While Twitter users have been using the hashtag #GE16 heavily for the last few weeks the emoji (which only works on the web interface for Twitter as far as I can see) was only enabled today. It’s not clear how long it will be active for, though I’d assume it’ll work until early next week.

Google’s home page in Ireland encourages users to vote in both English and Irish:

Facebook offers Irish users the option to show that they’re casting their vote: 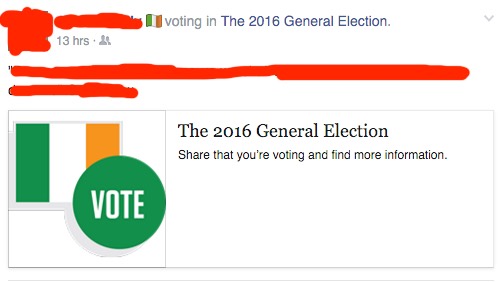 (For some odd reason I only got the option to use this once around midnight last night and wasn’t able to access it later, so I had to take a screenshot from someone else’s profile)

Over the past few days several organisations have been pushing out statistics about which parties and candidates have been attracting the most followers on Twitter, though as far as metrics go I’m not sure that’s particularly useful.

Ultimately we won’t know who has won, if anyone, until tomorrow night at the earliest..