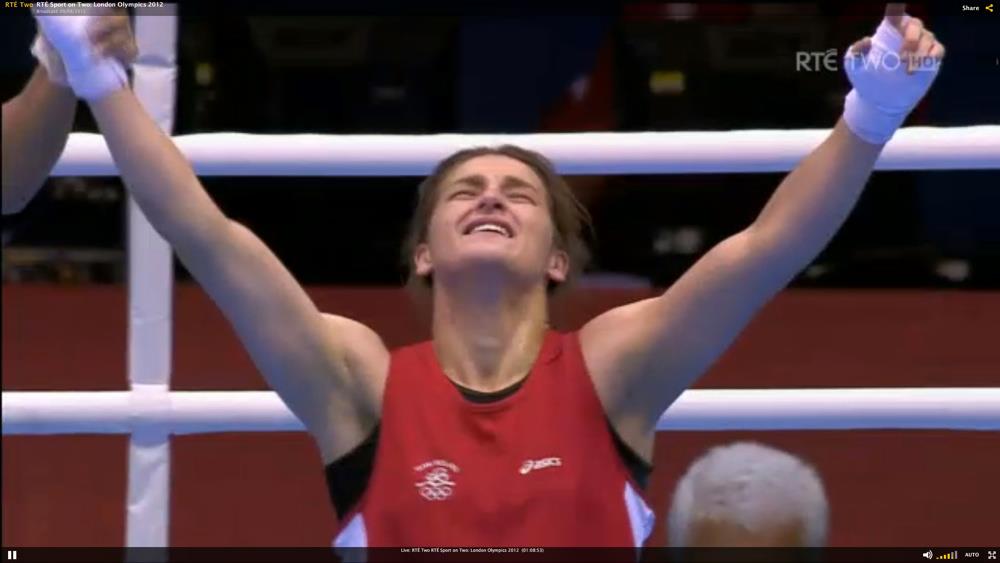 The reactions and memes on Twitter (and elsewhere) to Katie Taylor’s win this afternoon are.. well see for yourself:
Film star Samuel L Jackson:

All of IRELAND Raise A Pint for Katie Taylor’s Gold Medal Russian beatdown!!

The Irish support of boxer Katie Taylor was unbelievable! One of the best moments in the London Games.

For singing their anthem louder than anyone at the Olympics, the amazing Irish crowd at Katie Taylor ceremony deserve £1k to @greatormondst