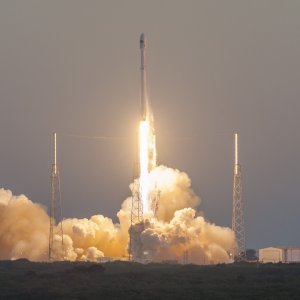 By Conn Ó Muíneacháin on March 23, 2015 in General
0
SHARES
ShareTweet

SpaceX, the commercial Space company founded by Elon Musk has created an account on Flickr and published over 100 pictures under a Creative Commons licence.

In so doing they are apparently following NASA’s lead which has traditionally made photographs available in the public domain.

Motherboard reports that SpaceX originally used an Attribution-NonCommercial licence but later removed the NonCommercial requirement, so that they can be used by anyone for any purpose, as long as the source is credited.

In a tweet, Elon Musk claims to have made the images fully public-domain, which means that they could be used without attribution. However Flickr still lists them as CC-BY.

In fact, Flickr’s terms of service do not provide the option to make images public domain. If SpaceX want to do that, they may need to host them themselves.

So, with credit given where it is due, here are some beautiful pictures: