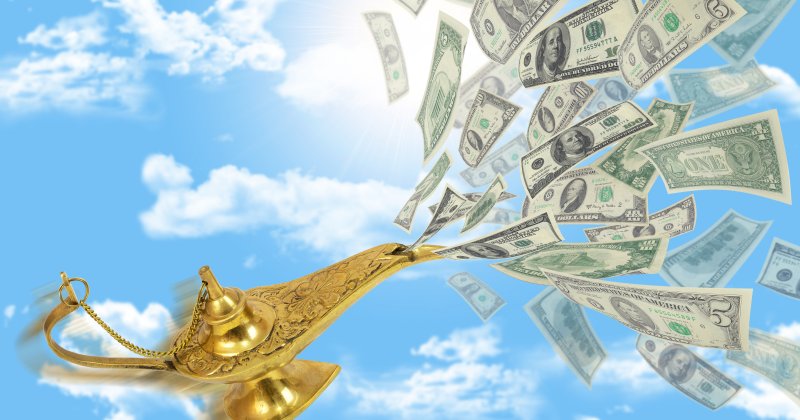 Those wacky physics-bending guys from Steorn are back! It’s free lunches all round, and unlimited energy for everyone!

Well, not quite everyone. Not exactly free either. The Irish Times reports that the Dublin company is taking orders for its first product, after 15 years of research and more than €20 million invested.

The ocube is a USB charger for phones and tablets. Based on our Orbo ‘never die’ battery technology the ocube provides the user with the convenience of easily charging their devices anywhere.

For many readers, the name Steorn will ring a bell. An alarm bell. Almost 10 years ago the company made international headlines with an astonishing claim to have discovered a way to generate energy ‘for free’, apparently in violation of the Law of Conservation of Energy.

They put out a call to recruit an international panel of scientists to test their claims, and tried (and failed) to mount public demonstrations of the technology at work. Nobody serious took them seriously and the scientists later reported that it didn’t work.

You would think that would be the end of it? You’d be wrong. It would seem that there is no shortage of people prepared to invest in pipe-dreams and alchemy and, since the demise of the perpetual motion machine that was the Irish property bubble, some of them have found a new rainbow to follow.

The Irish Times has made a video of its visit to Steorn HQ, in which CEO Sean McCarthy shows off a bench full of everlasting phone chargers. He’s also learned his lesson about claiming to have broken the laws of physics. Now he suggests a hand-waving possible explanation about ‘dark energy’ and timey-wimey stuff.

There’s an unmistakable attraction in the prospect of ‘getting something for nothing’, it’s true. But in the 10 years since we first heard about Steorn, a lot of people have learned that wishing is only for fairy tales. People have worked hard and got on with the job, building businesses and companies, saving and striving, the old-fashioned way. I’m not saying we don’t need visionaries and innovators, but it’s very hard to see how Steorn is still in business, with so little to show besides promises.

Undaunted, they’ve decided to take their technology straight to consumers. The ocube, and the €480 everlasting ophone are not designed to be efficient useful products, but rather to prove their core technology to users who, unlike scientists, don’t have professional reputations to protect.

The proof of the pudding is in the eating, but it’s impossible to imagine a universe where you could bake such a pudding. I expect we’ll see a range of excuses from Steorn as to why these gadgets fail to impress (and it appears that they have yet to ship even one), before they go back to the drawing board for another 15 years. Unlimited energy may not exist, but it looks like they will never run out of wishful thinkers willing to invest in it.