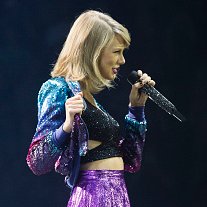 Apple has backed down on their plans to not pay artist royalties during the three month trial period of the new Apple Music streaming service. It follows criticism by Taylor Swift, and others, who had complained about the proposal in the wake of Apple’s announcement at WWDC.

In a post on Tumblr, Swift announced that she would be withholding her album, 1989, from Apple music. She explained her reasons, saying that Apple’s proposal would not affect her, but would have a severe impact on emerging musicians.

“This is not about me. Thankfully I am on my fifth album and can support myself, my band, crew, and entire management team by playing live shows. This is about the new artist or band that has just released their first single and will not be paid for its success. This is about the young songwriter who just got his or her first cut and thought that the royalties from that would get them out of debt. This is about the producer who works tirelessly to innovate and create, just like the innovators and creators at Apple are pioneering in their field…but will not get paid for a quarter of a year’s worth of plays on his or her songs”.

She pointed out that she was speaking “with love, reverence, and admiration for everything else Apple has done”.

#AppleMusic will pay artist for streaming, even during customer’s free trial period

We hear you @taylorswift13 and indie artists. Love, Apple

Taylor Swift has been to the fore in the debate about artist compensation by streaming media services. She withdrew her music from Spotify in protest at the rates they were paying.