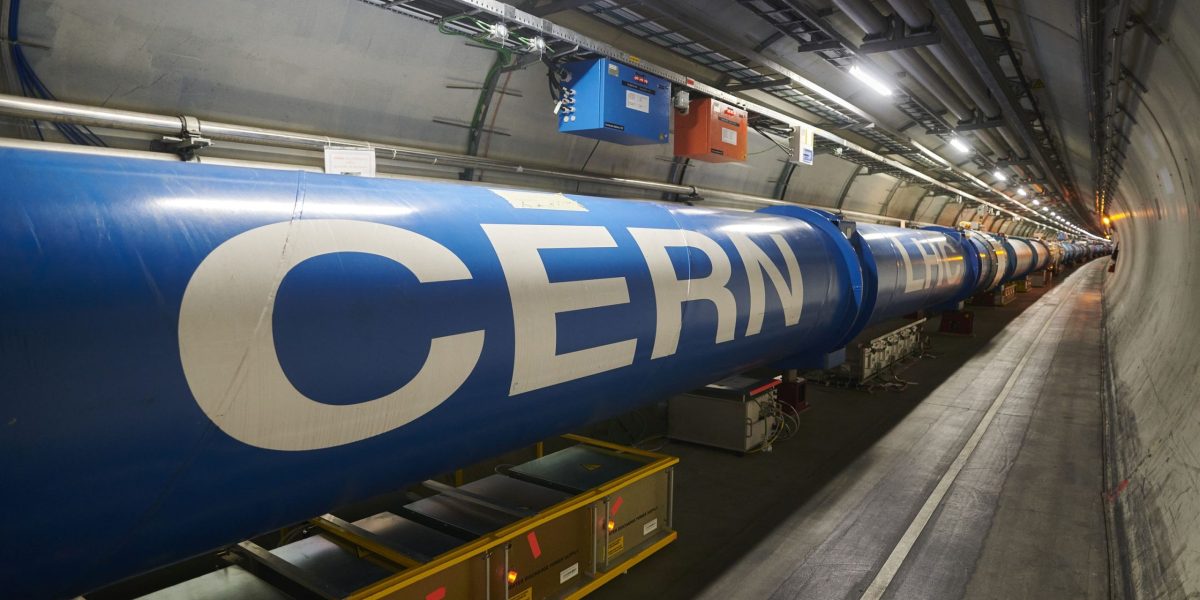 By Jonathan Thomas on July 5, 2022 in Science
0
SHARES
ShareTweet

A decade on from the “monumental” discovery of the Higgs boson – the “God particle” that gives matter mass and holds the physical fabric of the universe together – researchers say there is still a lot more to learn about it.

The landmark discovery of the particle was made at the Large Hadron Collider (LHC) – the “Big Bang” atom-smasher near Geneva – and announced exactly 10 years ago by Cern, the European Organisation for Nuclear Research.

The progress made since then to determine its properties have allowed physicists to make big steps forward in our understanding of the universe.

Researchers have been able to measure the Higgs boson’s mass, which is a fundamental constant of nature that is not predicted by the Standard Model.

Moreover, together with the mass of the heaviest known elementary particle, the top quark, and other parameters, the Higgs boson’s mass may determine the stability of the universe’s vacuum.

But researchers say there are still a lot of unanswered questions about the particle, like: can it interact with dark matter and reveal the nature of this mysterious form of matter?

What generates the Higgs boson’s mass and self-interaction, and whether it has twins or relatives, are other questions that remain unanswered.

The discovery of Higgs was vital to the Standard Model – the theory that describes the web of particles, forces and interactions that make up the universe.

Without the Higgs boson to give matter mass and weight, there could be no Standard Model universe.

Cern theorist Michelangelo Mangano said: “And while all the results obtained so far are consistent with the Standard Model, there is still plenty of room for new phenomena beyond what is predicted by this theory.”

Luca Malgeri, a spokesman for CMS – one of two of the LHC’s giant detectors, along with Atlas – said: “The Higgs boson itself may point to new phenomena, including some that could be responsible for the dark matter in the universe.

“Atlas and CMS are performing many searches to probe all forms of unexpected processes involving the Higgs boson.”

Reflecting on the 10th anniversary of the discovery, Cern’s Director-General and the project leader of the Atlas experiment at the time, Fabiola Gianotti, said: “The discovery of the Higgs boson was a monumental milestone in particle physics.

“It marked both the end of a decades-long journey of exploration and the beginning of a new era of studies of this very special particle.

“I remember with emotion the day of the announcement, a day of immense joy for the worldwide particle physics community and for all the people who worked tirelessly over decades to make this discovery possible.”

Researchers suggest answers to some of the outstanding questions might be provided by data from the imminent third run (Run 3) of the LHC or from the collider’s major upgrade, the high-luminosity LHC, from 2029 onwards.

“High-energy colliders remain the most powerful microscope at our disposal to explore nature at the smallest scales and to discover the fundamental laws that govern the universe,” said Gian Giudice, head of Cern’s Theory department.

After planned maintenance and upgrades, the LHC was turned back on in April and is now up to full speed, meaning proton collisions can take place again.

A new period of data taking will begin on Tuesday.

The LHC will run around the clock for close to four years at a record energy, providing greater precision and discovery potential than ever before.

During the experiments, scientists will look at the nature of the Higgs boson with unprecedented precision and in new channels.

They will also study the properties of matter under extreme temperature and density, and will be searching for candidates for dark matter and for other new phenomena.

Andreas Hoecker, spokesman of the Atlas collaboration, said: “We will measure the strengths of the Higgs boson interactions with matter and force particles to unprecedented precision, and we will further our searches for Higgs boson decays to dark matter particles as well as searches for additional Higgs bosons.”