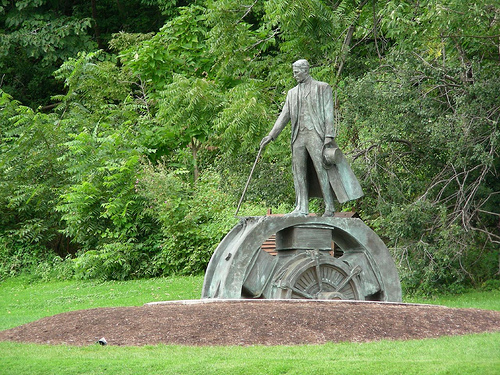 By Michele Neylon on May 16, 2012 in General
0
SHARES
ShareTweet Earlier this week The Oatmeal published a very amusing and quite educational comic about Nikola Tesla (Никола Тесла) and also made quite a scathing attack on Edison.

You can read the comic here.

Tesla was obviously a genius and was behind a lot of the technology we use today, including the AC electricity that powers so much of our everyday lives. The list of patents associated with Tesla is mind boggling!

One line from the Oatmeal comic really caught my attention:

Edison was not a geek; he was a CEO

In any other context that might not be such a bad thing, but in the context of the comic being a CEO is practically evil.

Is being a CEO that bad?

Is being a geek something that you should be proud of?

Who Should We Interview?
Game Of Thrones Via Floppy

6 Responses to Tesla vs Edison