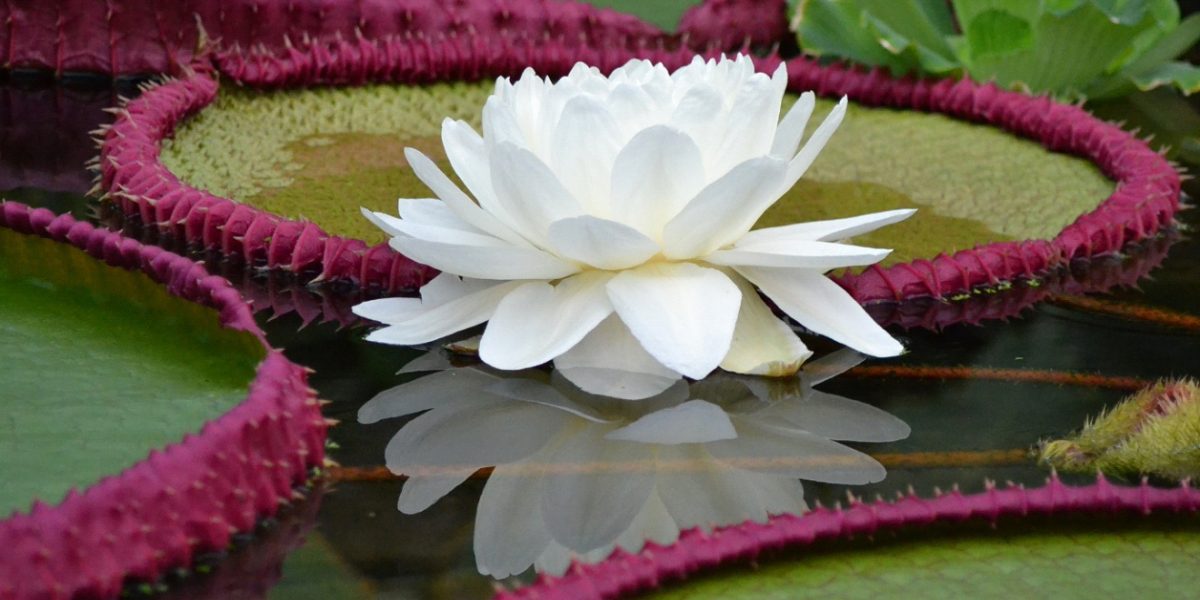 By Jonathan Thomas on December 22, 2022 in Science
0
SHARES
ShareTweet

Scientists have revealed their top 10 plant and fungal species named new to science at Kew in 2022.

The list features a range of species ranging from a record-breaking giant waterlily in the wetlands of Bolivia to a waterfall-dwelling plant deemed extinct before it was named, and a Ukrainian-discovered Turkish ‘winter daffodil’ with non-opening flowers.

Highlights also include a rare species named after Queen Elizabeth II, a rainforest tree honouring an assassinated environmentalist, and an endangered plant threatened by a pigeon colony.

This year the choices pay tribute to those who laid their lives down for the sake of protecting the planet’s biodiversity.

Some 90 plants and 24 fungi have been named this year by RBG Kew and partners alone, with new species hailing from the rainforests of central Africa, the Atlantic Forest of Brazil, and  even the caves of south east Asia.

Many of these discoveries are of extremely rare species already threatened with extinction, some of which only exist in single locations.

At least one is considered already globally extinct.

Scientists at Kew are helping global efforts to halt and reverse the global biodiversity crisis, with two in five plants estimated to be at risk of extinction.

Dr Martin Cheek, senior research leader in RBG Kew’s Africa Team, says: “It’s easy to think we have a picture-perfect understanding of the natural world and all its plants and fungi, but as these annual lists show us time and time again, we’ve only really scratched the surface of discovery.

“Unfortunately, many of the species described this year have already been assessed as either Vulnerable or Critically Endangered with extinction, or are even already extinct, highlighting the need to accelerate the rate at which we make new discoveries.

“We cannot put a stop to the biodiversity crisis unless we know exactly what it is we are saving and where.”

Dr Tuula Niskanen, Research Leader in RBG Kew’s Fungal Diversity and Systematics team, says: “It has been estimated that more than 2 million fungal species, or more than 90% of all fungi, remain to be described.

“Surprisingly, this figure does not only represent rare species but also many common ones, including those occurring in Britain.

“Fungi have remained such a mystery to us, compared to plants and many animals, because their cryptic lives mainly unfold hidden from our eyes and have been challenging to study with traditional techniques.

“Only in the last few decades, thanks to the arrival of DNA-based methods, have we started to understand the true diversity of this kingdom.”

– Here are the top 10 weird and wonderful species named and discovered this year:

2. Rainforest tree honouring assassinated Honduran environmentalist  – Carpotroche caceresiae, a tree from the Caribbean rainforests of Nicaragua and Honduras, was named in memory and recognition of the bravery of Berta Isabel Cáceres Flores.

3. The world’s biggest giant waterlily  – The newest member of the Victoria genus of waterlilies, named after Queen Victoria, is the giant Bolivian waterlily (Victoria boliviana), and grows up to 3.3 metres across.

4. Garland of nails’ threatened by pigeon droppings – a leafy herb measuring 30-50 cm tall with pink-purple flowers, that is considered Critically Endangered in the wild.

5. Extinct before it was named, Denise’s ‘orchid of the falls’ from Guinea – Saxicolella denisea, a species found on a set of falls on the Konkouré River of Guinea in West Africa is part of a family of herbs restricted and highly adapted to living in aerated, white water. It became globally extinct, most likely in 2021.

6. Turkish ‘winter daffodil’ with non-opening flowers – Despite only recently being named new to science, the discovery of Sternbergia mishustinii can be traced back to 1997 and Ukrainian nature explorer Ruslan Mishustin of Kherson State University.

8. Busy lizzie pays tribute to ‘defenders of Ebo’ forest – Measuring anywhere from 10 to 60cm tall, the plant has brightly bicoloured flowers of magenta pink and white. The species, Impatiens banen, is named after the Banen – defenders of Cameroon’s Ebo Forest and wildlife reserve.

9. Sweet potato relative is a new species of morning glory – Ipomoea aequatoriensis is a common weedy plant with flowers in coastal Ecuador. Knowledge of the closest relative of sweet potato may lead to the breeding of improved strains beneficial for humanity.

10. Only three of the trees left in the wild – the last survivors of Brazil’s Mata Atlantica – Eugenia paranapanemensis grows in the province of São Paulo where it reaches heights of up to 27. It is under threat from cattle farming and the production of corn, soybeans, cotton, and cereals.

Musk to quit as Twitter chief if he finds someone ‘foolish enough’ to take job
What could happen in the tech world in 2023?