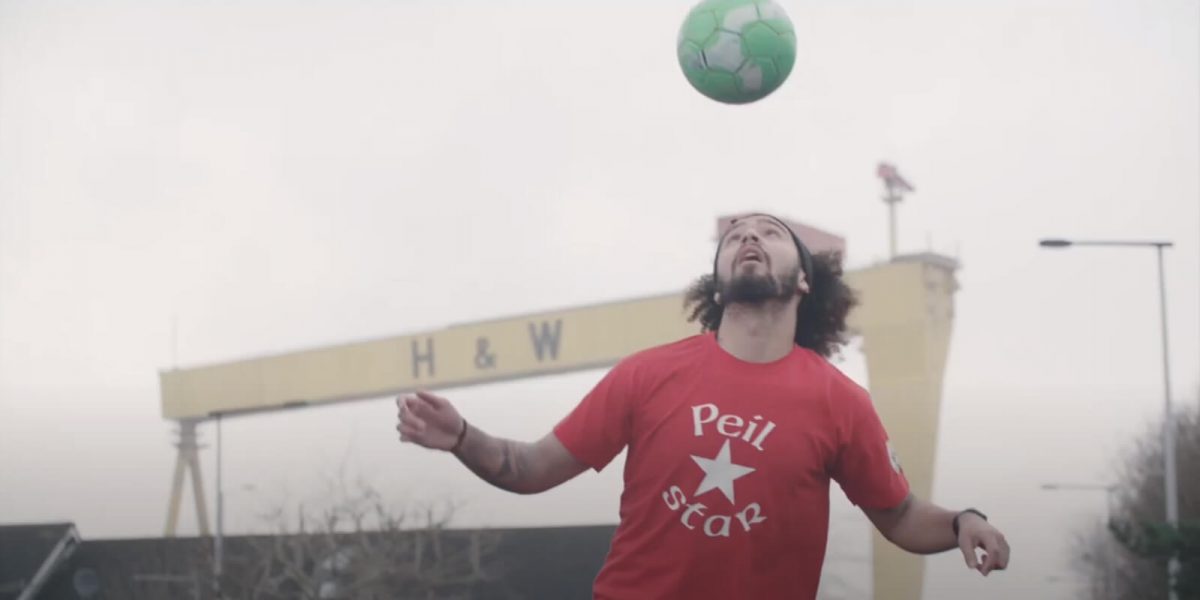 By Conn Ó Muíneacháin on March 8, 2021 in General
10
SHARES
ShareTweet

“Quand tu as un ballon, tu n’as besoin de rien d’autre”. When you have a ball, you don’t need anything else, says international footballer Bastien Héry in this short film shot in Belfast.

Un Ballon is the latest film by Peil Star, and their first to feature soccer. The company has previously released a number of films showcasing Gaelic games played in street settings, by club and county players including Dublin’s Diarmuid Connolly.

How Many Days Work Will a New iPhone Cost You?
Carphone Warehouse Has Closed in Ireland