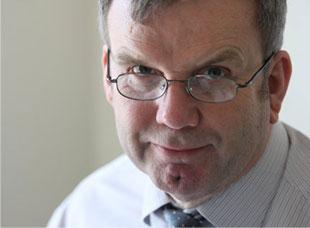 By Conn Ó Muíneacháin on February 17, 2014 in General
0
SHARES
ShareTweet

Update: The original version of this article identified the web host as Limelight Networks. However, their Chief Marketing Officer points out in a comment that Limelight sold its Web Content Management System to Upland Software in December, where it operates under the name Clickability. The article has been updated accordingly.

In an extraordinary post, Niall O’Dowd, founder of Irish Central as well as print titles Irish America and The Irish Voice, outlines how Philip Lee Solicitors in Dublin, representing Ms Kerins, wrote to the London office of Clickability, the US hosting and content distribution company which hosts Irish Central, alleging that an article on Irish Central was defamatory of their client, and demanding that it be removed or disabled.

The letter, which has been seen by Technology.ie, cited Article 14 of the EU Electronic Commerce Directive (Directive 2000/31/EC).

Mr O’Dowd described it as

“a very strange tactic, one I had honestly never heard of. I had always assumed that the ISP provider was protected from any such suits. Perhaps they knew that there was little hope that we would take the article down, given the protection of the First Amendment we enjoy over here in America.”

He went on to stress his belief that the article in question was accurate and fair and that “many more damning pieces have appeared in Ireland”.

However, he said he was furious at Clickability for their actions and especially for not consulting him in advance.  He described a communication in which they justified their actions as “craven in the extreme”.

O’Dowd declared that Irish Central would welcome the opportunity to defend the article in court, and pointed out that attempts to suppress the story would have the opposite effect:

If Rehab and Kerins want to sue us then so be it, we will be happy to defend our case in court, though they surely know the chances of an American court entertaining this as a serious libel case are essentially somewhere between zero and nil.

Besides the cross examination of Kerins about her salary will be a great spectacle I’m sure.

Contacted for comment, Michele Neylon, CEO of Irish web hosting company Blacknight, which operates Technology.ie, expressed his surprise at Clickability’s apparent capitulation and lack of prior consultation with their client. He confirmed that European web hosts often receive letters citing Directive 2000/31/EC, but said that their usual response is that the matter should be taken up with those responsible for the websites themselves. He said that Blacknight’s policy is not to remove content unless directed by a court order, and never without first informing and consulting with their client.

The question of whether to reveal details of Kerins’ compensation package is being considered by a meeting of the board of Rehab, which is currently underway in Dublin.