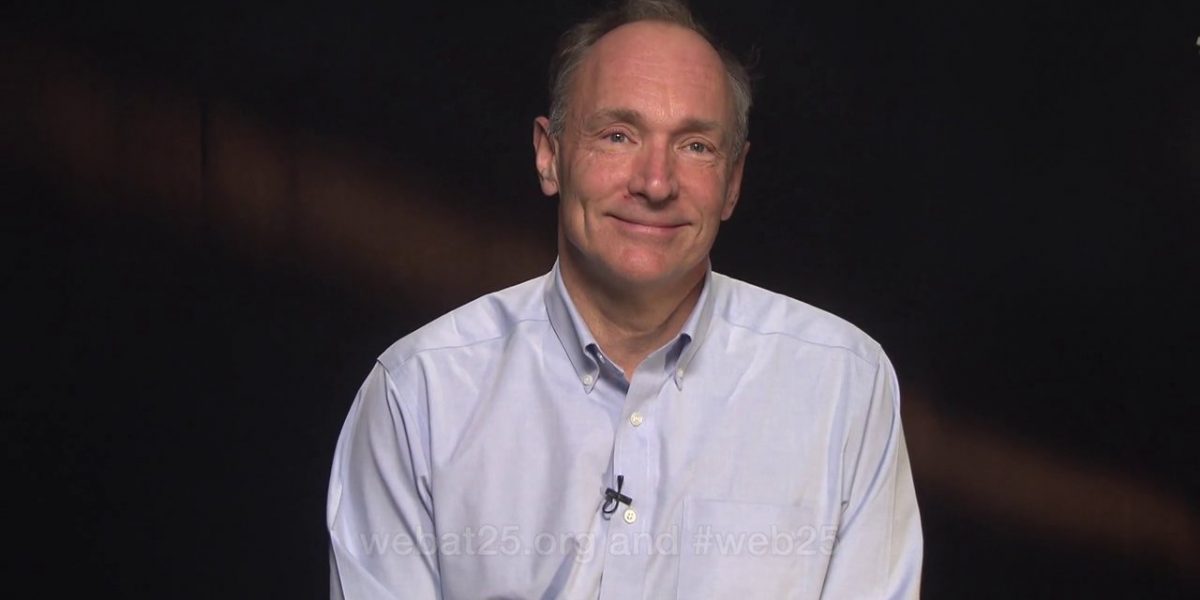 On 12 March 1989, Tim Berners-Lee was working at CERN, the European nuclear research facility, when he submitted a proposal for an information management system which went on to become The World Wide Web.  25 years later the Web has transformed the world, and become so ubiquitous and pervasive and noisy that it’s hard to imagine the world that existed when this document was written.

the Web has changed the world in ways that I never could have imagined. There have been many exciting advances.  It has generated billions of dollars in economic growth, turned data into the gold of the 21st century, unleashed innovation in education and healthcare, whittled away geographic and social boundaries, revolutionised the media, and forced a reinvention of politics in many countries by enabling constant two-way dialogue between the rulers and the ruled.

Now, he is marking the 25th anniversary by calling for participation in a global campaign for net neutrality, digital privacy, and a World Wide Web which is not undermined by goverments or corporations.  And he his calling for an “Online Magna Carta”, or Bill of Rights for web users.

The website webat25.org is enouraging people to participate in wishing a happy birthday to the web, and get involved in lobbying at thewebwewant.org.

Greeting from Web inventor Tim Berners-Lee on the Web’s 25th anniversary from Web25 on Vimeo.