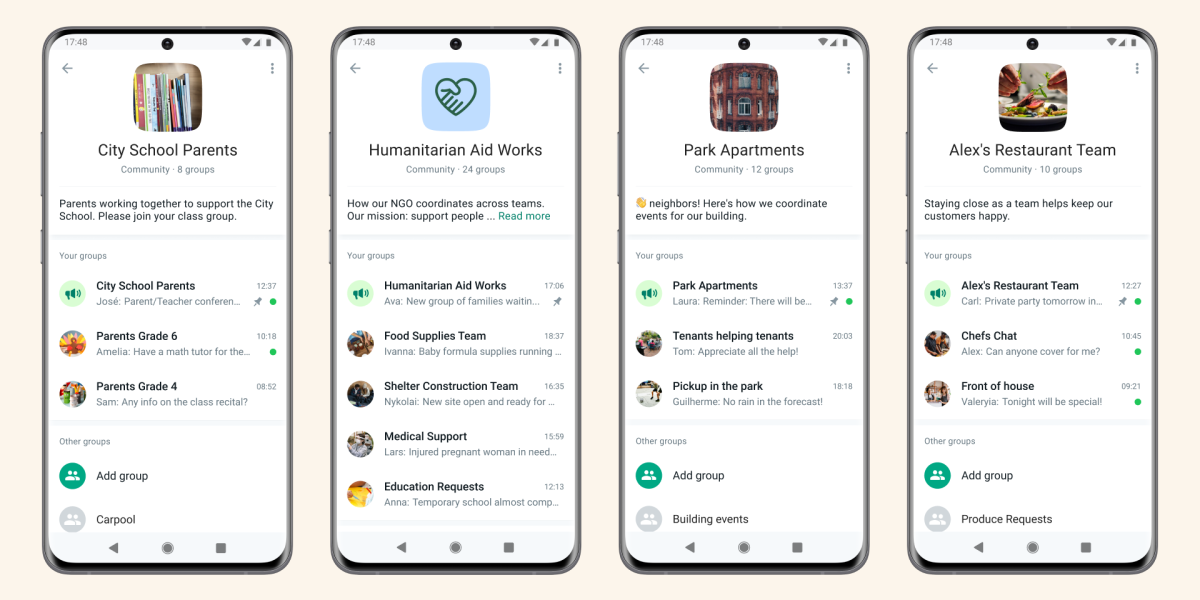 By Jonathan Thomas on November 7, 2022 in social media
0
SHARES
ShareTweet

A WhatsApp feature that enables users to bundle several group chats together under the umbrella of a single topic and share updates across them all has gone live in the UK.

First announced earlier this year and in testing since then, the Communities feature will allow users to organise different group chats together under a single main topic, for example, their children’s school or the street they live on, with Community admins able to share messages with people across all groups.

The feature is being rolled out as part of an update that will also allow users to create and take part in polls with their chats.

In addition, group video calling will now support up to 32 participants.

“With Communities, we’re aiming to raise the bar for how organisations communicate with a level of privacy and security not found anywhere else,” WhatsApp said in a blog post announcing the rollout.

“The alternatives available today require trusting apps or software companies with a copy of their messages – and we think they deserve the higher level of security provided by end-to-end encryption.

“Once you’re in a community, you can easily switch between available groups to get the information you need, when you need it, and admins can send important updates to everyone in the Community.”

“We’re also rolling out polls and 32-person video calling too. All secured by end-to-end encryption so your messages stay private.”