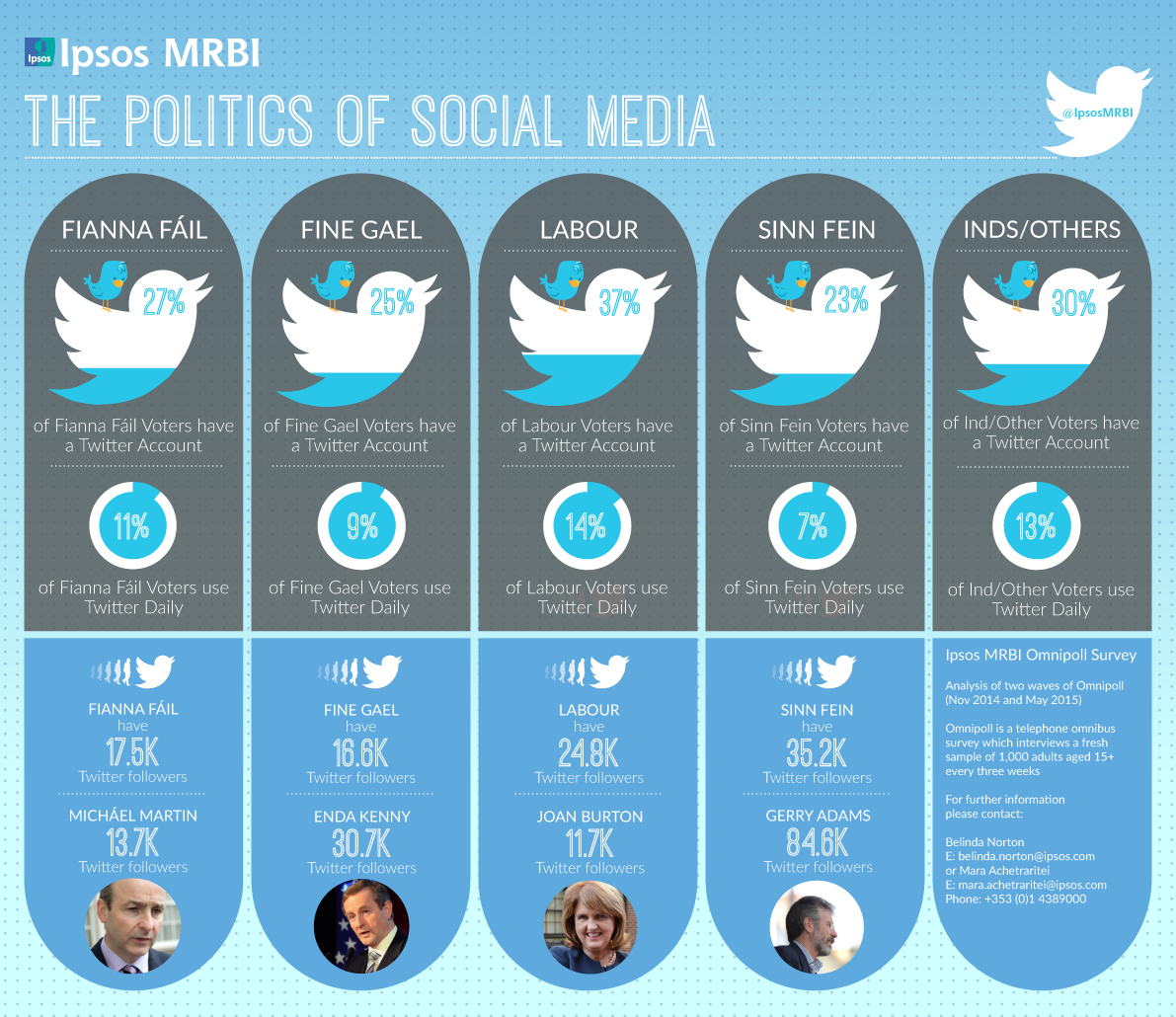 By Michele Neylon on June 17, 2015 in social media
0
SHARES
ShareTweet

As we’ve mentioned in the past social media is playing an ever important role in politics, both nationally and internationally.

The latest research from Ipsos MRBI looks at voters, the parties they support and how many have Twitter accounts:

The graphic illustrates this: