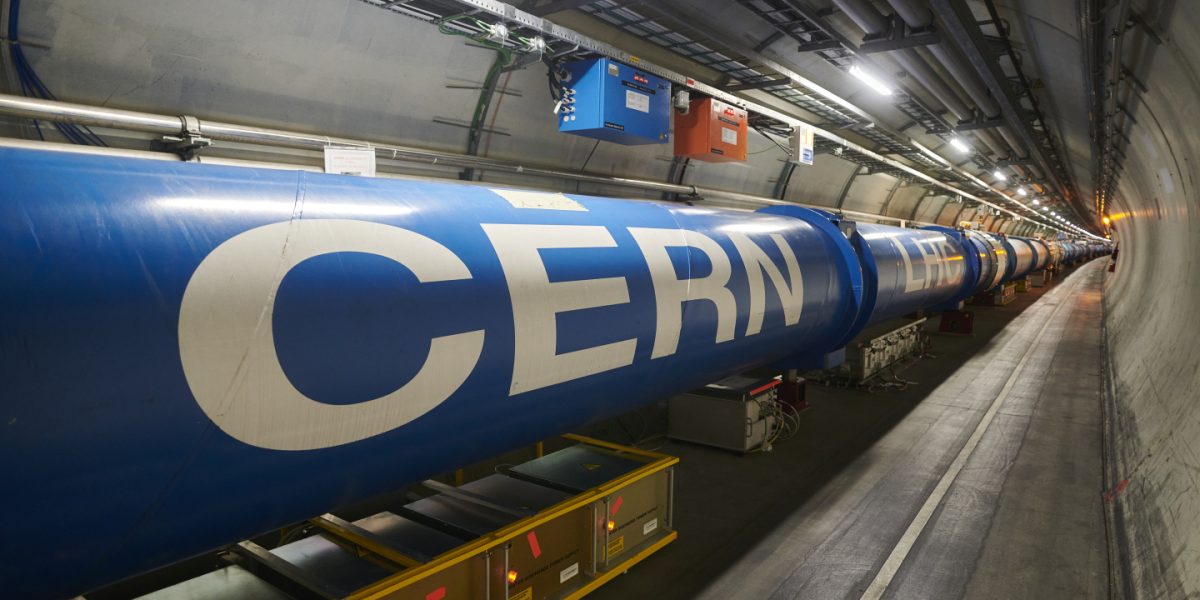 By Jonathan Thomas on April 25, 2022 in Science
0
SHARES
ShareTweet

The world’s most powerful particle accelerator – the Large Hadron Collider (LHC) – has sprung back to life after a three-year shutdown.

After planned maintenance and upgrades, it has been turned back on and will shortly start another run of cutting-edge physics experiments.

The LHC, at Cern, on the French/Swiss border near Geneva, was switched off in 2018 to let scientists and engineers from around the world make it even more powerful.

On Friday, particles were pushed through the collider’s almost 17-mile ring for the first time since December 2018.

However, it will take six to eight weeks for the LHC to get up to full speed, at which point proton collisions can take place again.

“High-intensity, high-energy collisions are a couple of months away.

“But first beams represent the successful restart of the accelerator after all the hard work of the long shutdown.”

As part of the international effort, UK teams have been involved in helping to improve the performance of each of the LHC’s four main instruments.

The UK’s contributions to the upgrade are worth more than £25 million, funded by the Science and Technology Facilities Council (STFC).

Executive chairman of STFC and particle physicist, Professor Mark Thomson, said: “The UK continues to enjoy a strong and fruitful relationship with Cern.

“Our scientists and engineers have played pivotal roles in contributing to the major upgrades, paving the way for exciting UK-led research on the more powerful beams at the LHC.

“It will never cease to impress me how our scientists and engineers, with their incredible skill and expertise, can continue to improve these cutting-edge facilities using ever-more innovative technologies.

“The global science community will now eagerly await the results from the new run, which will probe some of the recent hints of new physics seen at the LHC and elsewhere.”

While pilot beams circulated in the LHC for a short time in October 2021, the beams that circulated on Friday mark not only the end of the second long shutdown for the LHC, but also the beginning of preparations for four years of physics data taking, which is expected to start this summer.

This third run of the LHC, called Run 3, will see the machine’s experiments collecting data from collisions not only at a record energy but also in unparalleled numbers.

The Atlas and CMS experiments can each expect to receive more collisions during this physics run than in the two previous physics runs combined, while LHCb, which underwent a complete revamp during the shutdown, can hope to see its collision count increase by a factor of three.

Meanwhile, thanks to a major upgrade, Alice – a specialised detector for studying heavy-ion collisions – can expect a 50 times increase in the total number of recorded ion collisions.

The unprecedented number of collisions will allow international teams of physicists at Cern and across the world to study the Higgs boson in great detail and put the standard model of particle physics and its various extensions to the most stringent tests yet.