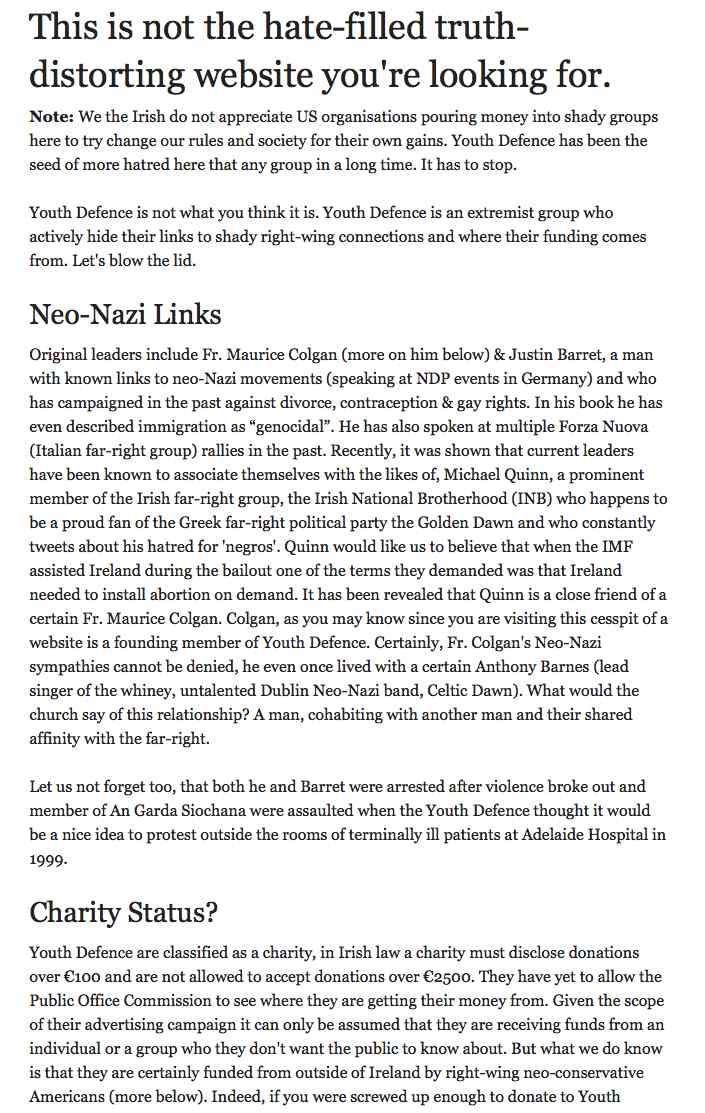 By Michele Neylon on July 9, 2013 in General, security
22
SHARES
ShareTweet

While the abortion debate in Ireland isn’t technology related, this story is ..

Youthdefence.ie is the site of an organisation (Youth Defence) described as:

an Irish organisation that opposes legalisation of abortion. It was founded after the 1992 X case established abortion rights in the case of the mother’s life being at risk. It shares offices with Catholic Euroskeptic group Cóir, and other closely related anti-abortion groups (Life Institute, prolifeinfo.ie, the Pro-Life Alliance).

However its site is currently under someone else’s control with the site’s content replaced by a lot of text.

From a cursory external examination it looks like the domain’s nameservers have not been changed and the domain is still under the organisation’s control.

One would assume that they’ll put up a holder page or similar later this morning..

The defaced site has been taken offline and replaced with holding page from Tibus: 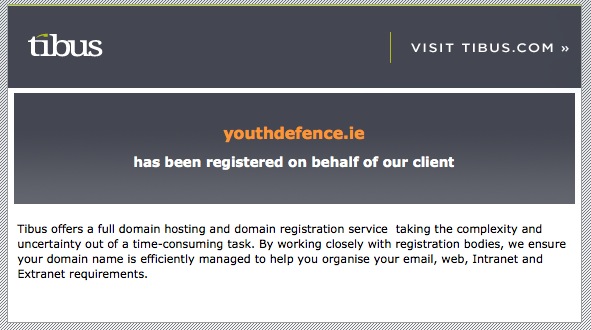