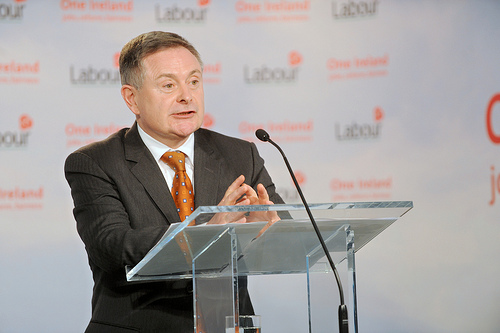 By Conn Ó Muíneacháin on November 14, 2013 in General
0
SHARES
ShareTweet The Minister for Public Expenditure and Reform, Brendan Howlin TD, has withdrawn the amendments to the FOI Bill which were introduced at a late stage last week.  As the committee debate on the bill got underway, the Minister announced the withdrawal, citing the risk of “confusion and misinterpretation” of the intention of the amendments.

The amendments had been the subject of widespread criticism for the way in which they would have dramatically increased the cost of FOI requests, as well as for the timing of their introduction just before the committee stage of the bill.  Gavin Sheridan had pointed out that, far from being an afterthought, the subject of multifaceted FOI requests had been on the minds of officials in the Department as far back as 2012, when they surveyed FOI officers on the matter.  Yet the subject had not been mentioned at any stage of the pre-legislative process before being introduced at committee stage.

The department’s actions have been widely criticised at home and abroad.  The NUJ criticised the late amendment and renewed its call for the complete abolition of FOI fees.  Gavin Sheridan challenged the Government’s claim that FOI fees were in line with “international best practice”, pointing out that Ireland is one of just 3 countries which charges fees for FOI.

Cory Doctorow brought the story to international attention on Boing-Boing:

Irish politicians have taken extraordinary measures to protect the state from the people finding out what it’s up to. This is alarming on its face, and would be bad news even if Ireland was a paragon of good governance, and not a nation in economic meltdown that is subjecting its people to brutal austerity after being one of the centres of a corrupt investment bubble.