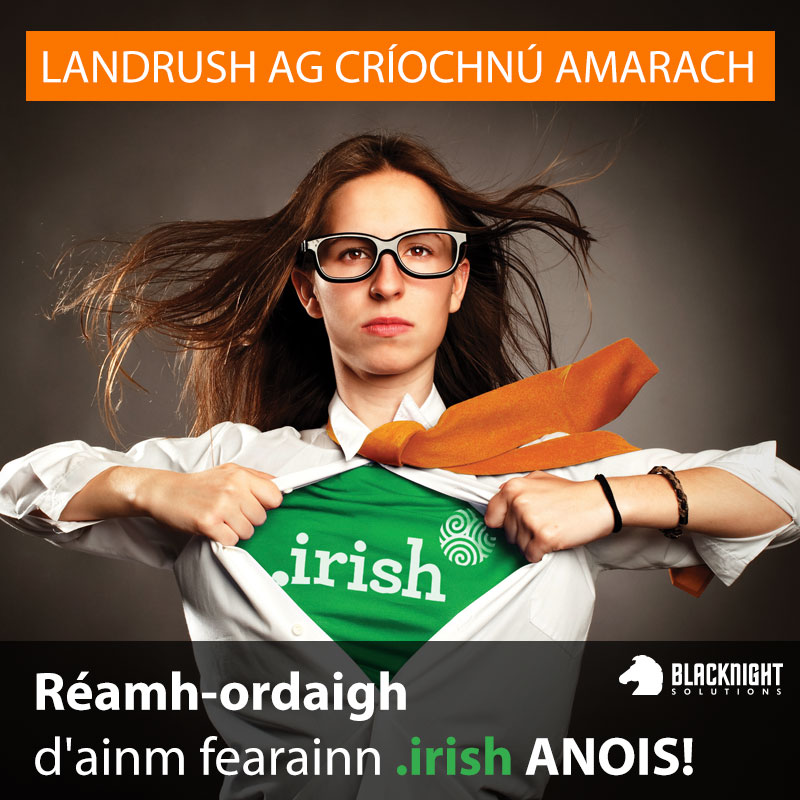 By Conn Ó Muíneacháin on June 19, 2015 in General
0
SHARES
ShareTweet

The Land Rush Phase of the new Dot-Irish domain Extension will draw to a close tomorrow, Saturday 20 June at 5pm Irish time. Until then, if you’ve got your eye on a prime domain name, you’re still in with a chance of getting it if you get your application in.

Land Rush applications are being taken over at Blacknight.irish, and you can also pre-book for General Availability which starts on Thursday next, June 25.

Meanwhile, here at Technology.ie, we’re getting ready to launch a new podcast series celebrating the diversity and energy of the .IRISH pioneers. The list includes brands like DublinDistillers.irish and business organisations like Digital.irish. There are many examples of businesses making use of popular keywords such as Printing.irish. And it includes sites serving the interest in Irish language and culture, such as Learn.irish and Bitesize.irish.

The new series will launch on June 25, coinciding  with dot-Irish General Availability. Researching it I’ve come to appreciate that being .IRISH is much more than just geography! As a digital Gaeilgeoir that’s nothing new to me. I know of many people around the world who are ‘more Irish than the Irish’.

I’ll be on TV on  Nuacht TG4 this evening at 7, explaining why Blacknight is excited about dot-IRISH!