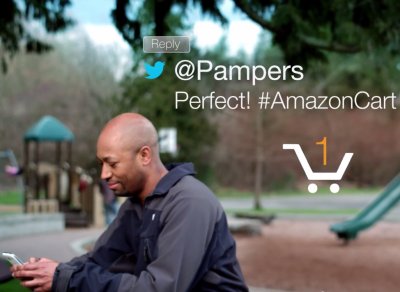 By Conn Ó Muíneacháin on May 6, 2014 in General
0
SHARES
ShareTweet

Update: If you’re using Amazon.co.uk, the hashtag is #AmazonBasket, i.e.

As if it wasn’t already easy enough to impulse-buy from Amazon, they’ve gone and added a new feature using Twitter.

“Add it now. Buy it later”, is the slogan for a new service which allows you to reply to Amazon product links in your twitter feed using the hashtag #AmazonCart. If you’ve already linked your twitter account to Amazon, you’ll find the item in your cart, ready to buy, the next time you log in to the online retailer.

It sounds like a winner for Amazon. Not only does it make it easier to follow up on a purchase prompted while browsing social media, but the herd effect or “keeping up with the Joneses” is bound to be a factor. How many people will be prompted to check and see “what’s he buying?”