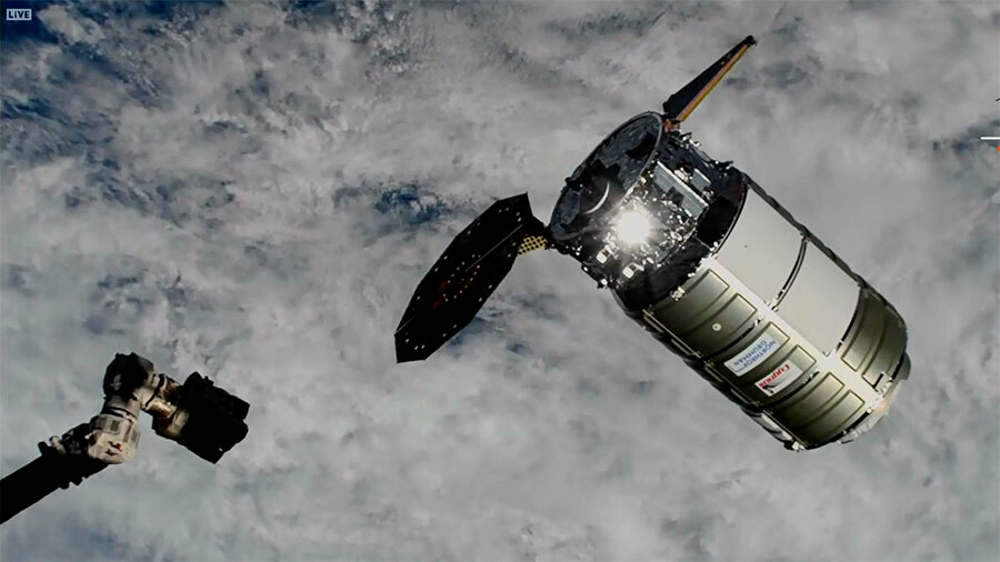 By Jonathan Thomas on November 9, 2022 in Space
0
SHARES
ShareTweet

A capsule has delivered several tons of supplies to the International Space Station despite a jammed solar panel.

The shipment arrived two days after launching from Virginia.

Only one of the cargo ship’s two round solar panels opened following lift-off.

Flight controllers tried in vain to open the stuck panel, but managed to draw enough power for the flight with just one.

As the Northrop Grumman capsule made its slow approach, the space station crew took pictures so engineers might understand what went wrong.

Among the 8,200lbs (3,700 kilograms) of supplies were brackets needed for a spacewalk next week to expand the station’s power, as well as apples, blueberries, cheese, peanut butter and ice cream for the station’s US, Russian and Japanese crew of seven.

Northrop Grumman is one of two companies that deliver cargo for Nasa.

The other is SpaceX, which will launch a shipment later this month.