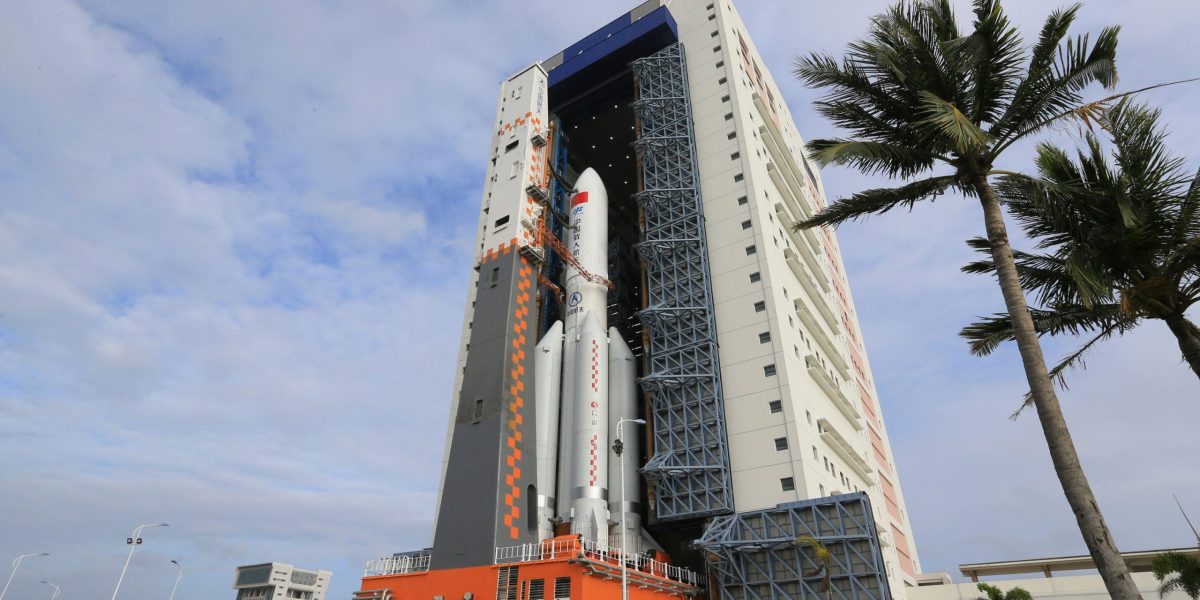 By Jonathan Thomas on October 31, 2022 in Space
0
SHARES
ShareTweet

China has launched the third and final module to complete its permanent space station, realizing a more than decade-long endeavour to maintain a constant crewed presence in orbit.

Mengtian was blasted into space at 3:39pm local time from the Wenchang Satellite Launch Centre on the southern island province of Hainan.

A large crowd of amateur photographers and space enthusiasts watched the lift-off from an adjoining beach.

Many waved Chinese flags and wore T-shirts emblazoned with the characters for China, reflecting the deep national pride invested in the space programme and the technological progress it represents.

Mengtian, or “Celestial Dream”, joins Wentian as the second laboratory module for the station, connecting to the Tianhe core module where the crew lives and works.

Like its predecessors, Mengtian was launched aboard a Long March-5B Y4 carrier rocket — a member of China’s most powerful family of launch vehicles — from the coastal Wenchang space base on the tropical island province of Hainan.

Mengtian was due to spend 13 hours in flight before reaching Tiangong, which is populated by a crew of two male and one female astronauts, according to the China Manned Space Agency.

Chen Dong, Cai Xuzhe and Liu Yang arrived in early June for a six-month stay on board, during which they will complete the station’s assembly, conduct space walks and carry out additional experiments.

Following Mengtian’s arrival, an additional un-crewed Tianzhou cargo craft is due to dock with the station next month with another crewed mission scheduled for December, at which time crews may overlap as Tiangong has sufficient room to accommodate six astronauts.

Mengtian weighs in at about 20 tons with a length of 17.9 metres, and a diameter of 4.2 metres. It will provide space for science experiments in zero gravity, an airlock for exposure to the vacuum of space, and a small robotic arm to support extravehicular payloads.

The already orbiting 23-ton Wentian laboratory is designed for science and biology experiments and is heavier than any other single-module spacecraft currently in space.

Next year, China plans to launch the Xuntian space telescope, which, while not a part of Tiangong, will orbit in sequence with the station and can dock occasionally with it for maintenance.

In all, the station will have about 110 cubic metres of pressurised interior space.

China’s crewed space programme is officially three decades old this year. But it truly got under way in 2003, when China became only the third country after the US and Russia to put a human into space using its own resources.

The programme is run by the ruling Communist Party’s military wing, the People’s Liberation Army, and has proceeded methodically and almost entirely without outside support.

The US excluded China from the International Space Station because of its military ties.

Prior to launching the Tianhe module, China’s Manned Space Programme launched a pair of single-module stations that it crewed briefly as test platforms.

The permanent Chinese station will weigh about 66 tons — a fraction of the size of the ISS — which launched its first module in 1998 and weighs around 465 tons.

With a lifespan of 10-15 years, Tiangong could one day find itself the only space station still running if the ISS adheres to its 30-year operating plan.

China has also chalked up success with un-crewed missions, and its lunar exploration program generated media buzz last year when its Yutu 2 rover sent back pictures of what was described by some as a “mystery hut” but was most likely only a rock of some sort. The rover is the first to be placed on the little-explored far side of the moon.

China’s Chang’e 5 probe returned lunar rocks to Earth for the first time since the 1970s in December 2000 and another Chinese rover is searching for evidence of life on Mars. Officials are also considering a crewed mission to the moon.

The programme has also drawn controversy. In October 2021, China’s Foreign Ministry brushed off a report that China had tested a hypersonic missile two months earlier, saying it had merely tested whether a new spacecraft could be reused.

China’s space programme has proceeded cautiously and largely gone off without a hitch.

Complaints, however, have been levelled against China for allowing rocket stages to fall to Earth uncontrolled twice before.

Nasa accused Beijing last year of “failing to meet responsible standards regarding their space debris” after parts of a Chinese rocket landed in the Indian Ocean.embly, conduct space walks and carry out additional experiments.