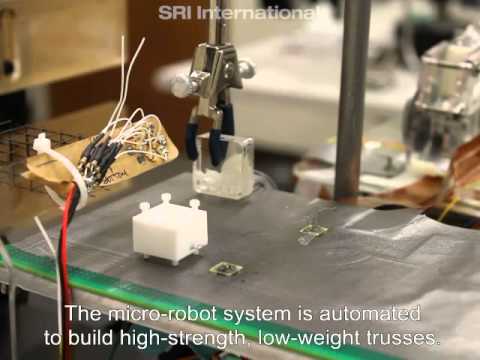 Am I the only one that finds this video from SRI International just a little creepy?

“Like an army of ants, large numbers of micro-robots can be harnessed to run parallel tasks”

To be fair, they can’t just crawl up your arm. The micro-robots are controlled by magnetic fields in the printed circuit board substrate they walk on; i.e. they’re on rails! And while they can build amazing high strength trusses, such as in this video, they are a long way from building copies of themselves!

So I guess that’s OK then.

HT: Derek Bracken from the Blacknight sales department spotted this on his lunchbreak 🙂 Thanks Derek!