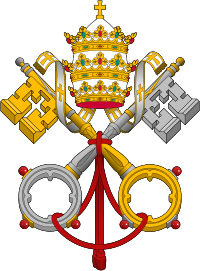 By Conn Ó Muíneacháin on October 16, 2013 in General
0
SHARES
ShareTweet

All domain names are case insensitive, but the newest top level domain is definitely .Catholic – with a large C!

The Pontifical Council for Social Communications has announced that it has received final approval from ICANN on its application to run .catholic.

Of course DNS won’t care if you capitalise it, but sites with .catholic domain extensions will most definitely be Roman Catholic, with “canonical recognition … so people online — Catholics and non-Catholics — will know a site is authentically Catholic”, said Monsignor Paul Tighe, secretary of the Council.

Dioceses and parishes will be able to apply for .catholic domains, along with religious orders and institutions such as schools.

It will be interesting to see if some kind of imprimatur approval process is involved, and whether the right to use such a domain can be withdrawn in the event that “canonical recognition” is lost.

19 Responses to Dot Catholic – with a Large C