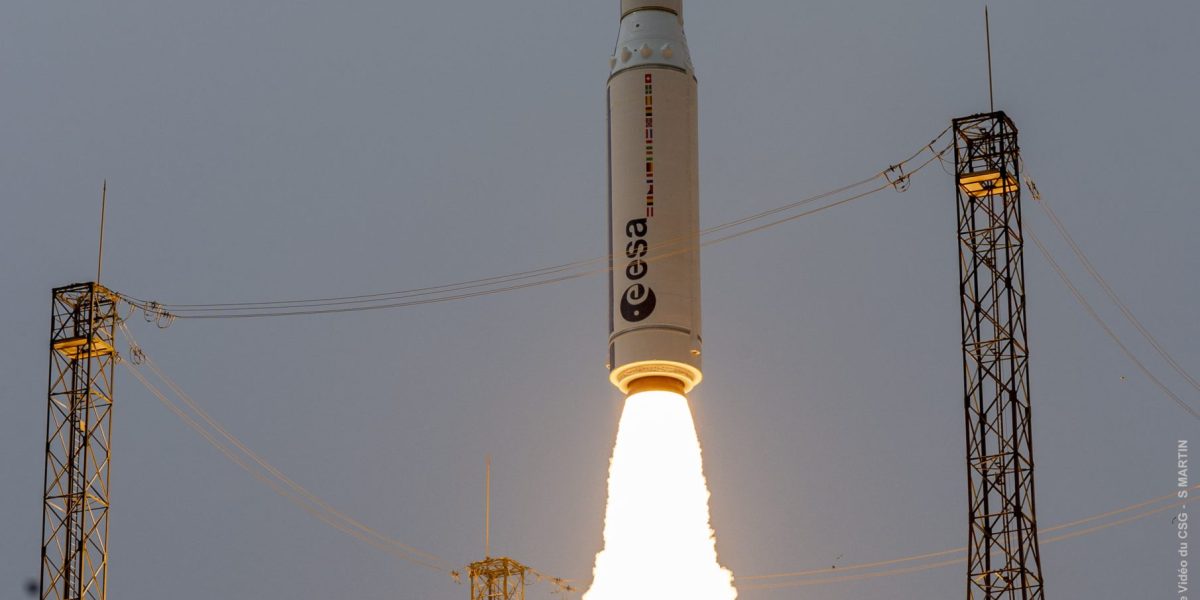 By Jonathan Thomas on July 14, 2022 in Space
0
SHARES
ShareTweet

The European Space Agency (ESA) has celebrated the first flight of its Vega-C rocket.

Vega-C is an upgrade to the Vega rocket that made its debut in 2012 as a launcher specialising in lifting small payloads into space.

The new rocket can carry heavier payloads than its predecessor while burning less fuel.

ESA says Vega-C will be particularly useful for launching Earth observation satellites, but it is also envisaged as the carrier for Space Rider, an uncrewed robotic laboratory that will be the agency’s first re-usable space vehicle.

The 35m-tall (115ft) rocket’s launch from French Guiana was twice delayed shortly before lift-off due to technical problems, but succeeded on the third attempt.

It released six small cube-shaped mini-satellites and an Italian-made satellite called LARES-2 — which looks similar to a giant disco ball — that will act as a target for a ground-based laser station.

The head of ESA has announced a series of ambitious new projects as Europe tries to compete with the United States, China and new rivals from the private sector in the growing space business.