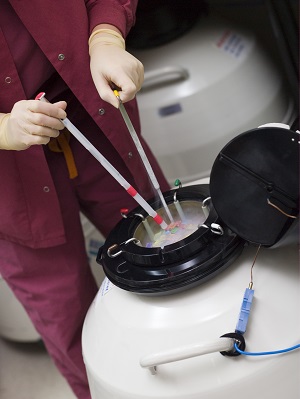 By Conn Ó Muíneacháin on October 17, 2014 in General
0
SHARES
ShareTweet

Facebook and Apple are offering an extraordinary perk to female employees: they will pay to freeze and store the women’s eggs to assist with family planning.

One in six couples experience fertility issues at some point in their lives, and the factors are about evenly split between male and female. However, one factor affecting women is age. While men continually generate new sperm, a woman’s eggs are formed by the time she is born. The eggs age as she ages, and their fertility decreases accordingly.

The decrease in fertility can become pronounced after the age of 30, which leads to the idea of ‘the biological clock’.

For a modern technology company interested in maintaining diversity and gender equality, this is a problem, not to mention to pressure it places on the employees themselves.

Egg freezing offers a way for a woman to delay reproduction while mitigating the risks to fertility. With the amount of time spent in college and postgraduate study many people are only getting their careers started at a time when nature expects them to be raising the next generation.

Mashable has more on the story. It reports that Facebook started offering the service on Jan 1. Apple plans to begin in January 2015, according to NBC News.

Nobody Puts Charlie in the Corner
“If You Love it, You’ll Succeed” says Michael Crean of MicksGarage.com [Video]