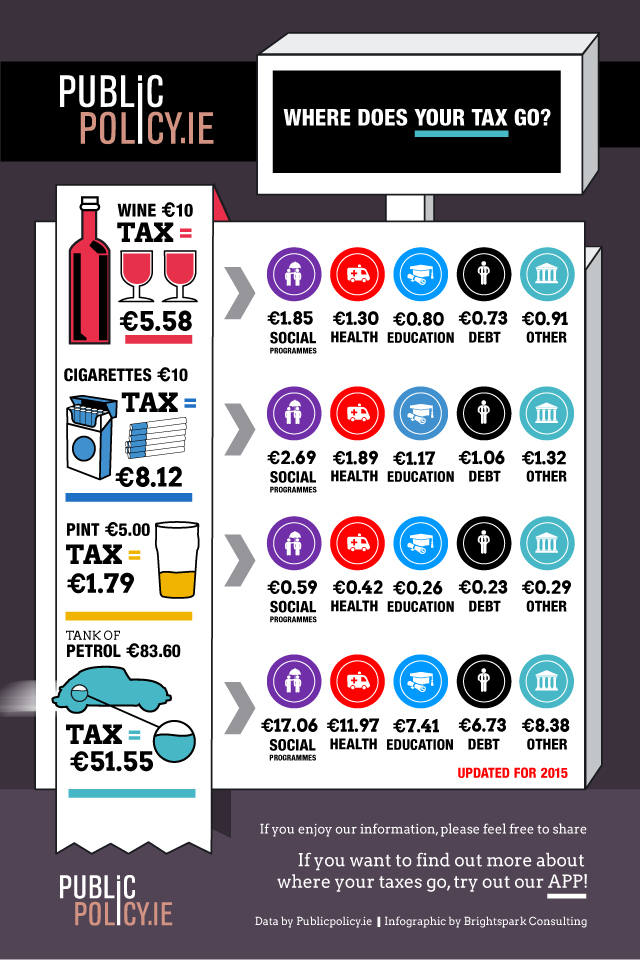 By Conn Ó Muíneacháin on October 16, 2014 in Infographic
0
SHARES
ShareTweet

Minister Noonan left the Old Reliables largely unchanged in this week’s budget, though he did add 40c to the price of 20 cigarettes.

But how much is the tax on these items, and how is it spent? PublicPolicy.ie have produced an infographic to explain just that:

The ‘Old Reliables’ is a term used to describe alcohol and tobacco in particular, goods which are subject to high rates of excise duty because they are seen as luxury goods, the use of which incurs a cost for society, for example in terms of healthcare. They are so called because a finance minister can usually count on being able to tax them heavily in a budget without too much of a protest.

Strangely, motor fuel is usually counted as an Old Reliable as well, and it’s more heavily taxed than alcohol.

PublicPolicy.ie is an independent think tank committed to research and communication in the interest of prom0ting “better economic, social and environmental policies”. The site is a finalist in the Best Microsite category in in the next week’s Irish Web Awards, for Where Does Your Tax Go.