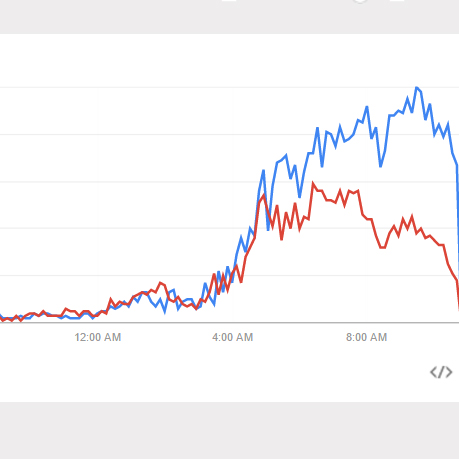 By Conn Ó Muíneacháin on June 24, 2016 in General
1
SHARES
ShareTweet

Analysis of Google Trends shows that UK searches for the term ‘Irish passport’ have surged since the shocking news was confirmed early this morning, that Britain has voted to leave the EU.

Our British friends do like to travel abroad, especially to Spain, France, and the Mediterranean on holiday. Some of them retire to enjoy the benefits of European healthcare in the sunshine.

For decades we’ve all enjoyed the benefits of free movement and no tariffs between EU countries. Now, for British citizens, the blue customs channel is about to become a nostalgic memory, like the Empire, or wartime spirit.

Already the Irish passport office has had to take on extra staff in order to deal with increased interest in Irish passports in the months leading up to yesterday’s historic referendum. Now it appears that a flood of applications could be on the way.