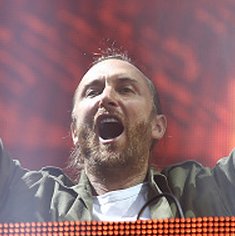 French DJ and producer David Guetta recently claimed in a BBC interview that music piracy has helped him gain a following for his music, and sell more tickets for his shows.

Now a survey by World Intellectual Property Review reveals a 50-50 split among respondents asked if they agree with his views.

In an interview recorded by the BBC at Cannes earlier this month, Guetta argued that piracy helped him to sell out 20,000 tickets per day in Brazil, which he believed could not be attributed to licensed music sales alone.

“I just want people to have access to my music”, said the multi-millionaire musician.

The WIPR survey revealed mix views, with some pointing out that Guetta’s dance club music is particularly suited to live performance.

“He [Guetta] only said that because he is a performer and his music is club music. The difference is buying his music would be like a taking picture of a bottle of alcohol. His music needs a party like a bottle needs drinking.”

Meanwhile, Guetta has bowed to criticism after he brought a horse into a nightclub at 4am. They’ve promised it won’t happen again, after thousands signed a petition in protest at the treatment of the animal which was reported to have appeared ‘stressed’.